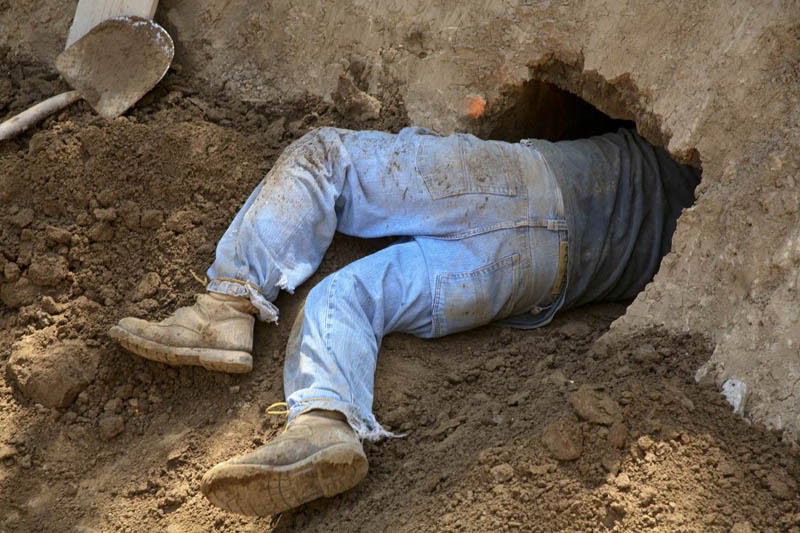 A plumber from Ireland, believed or not, dug a tunnel from his bedroom to a local pub, located 800 meters away from his home. It took him 15 years to get it, and he came up with an idea after seeing the movie “The Shawshank Redemption”. The reason – his wife snoring extremely loud.

Patsy K. received a summons to the court after thanks to him sewage pipe under his neighbor’s house blew. He told the court everything related to his tunnel, as well as the reasons he had been digging for the past 15 years.

– My wife has a snoring problem. After watching the movie “The Shawshank Redemption” in 1994, I decided to do something about it, so I started digging a hole under the bed in the direction of a pub. I used all kinds of tools, from spoons to tunnel drills that I managed to take to the hole while my wife was in shopping. It was only in 2009 that I managed to go to the other side, in the women’s toilet and storage room – said Patsy.

For the past five years, Patsy went to the pub every night at 11:00 pm and returned in one hour after midnight. His wife did not even think what her husband was doing and where he was going when she fell asleep.

– To be honest, I’m glad to be caught. My wife always felt that I smelled of alcohol, and I answered that it was my natural scent. It was just a matter of time when someone would catch me. The owner of the pub always wondered how I always came from nowhere, and how I got out of the women’s toilet – said Patsy.

The tunnel was discovered after a sewage problem emerged caused by a crack by Patsy accidentally struck while digging a hole.