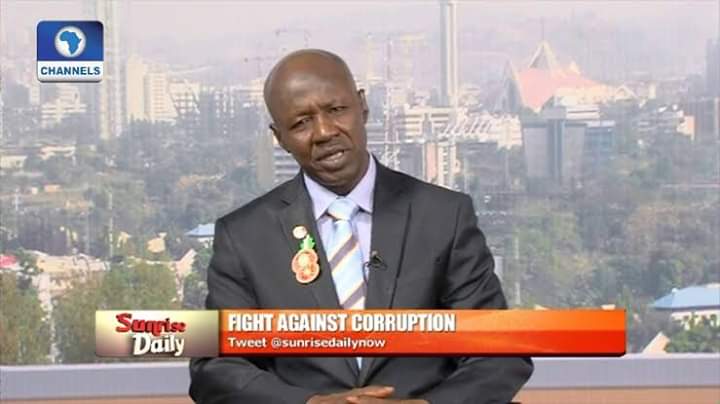 The acting Chairman of the Economic and Financial Crimes Commission, Ibrahim Magu, lamented on Thursday that mothers of cyber fraudsters, popularly known as Yahoo boys, are now organising themselves into an association.

Magu, who addressed journalists at the Lagos office of the commission in Ikoyi, said such parents always justify their children’s activities with the argument that they were supporting their families in the place of irresponsible, runaway or dead fathers.

Magu said the EFCC had now begun to appeal to parents as well as the media to join the war against cybercrime by not celebrating unexplained wealth.

He said beyond arrest and prosecution, the anti-graft agency would see to the rehabilitation of Yahoo boys and channel their intelligence and talents into positive ventures that would benefit the nation.

Magu, who said the commission’s premises were littered with recovered vehicles, said plans were underway to auction them as well as recovered houses.

He said, “We are looking at how we can rehabilitate the Yahoo boys; these are young boys, who have graduated, who are in the university. We want to see how we can sensitise them; how we can make them know that the Yahoo Yahoo business is wrong.

“Some of them will say the father did not do anything; these boys came, demolished the house and put up a new structure. If you see the cars that we have recovered, you will think that we are in car business. These are all Yahoo Yahoo. All brands of cars – Jaguar, Rolls Royce.

“We want to correct them (Yahoo boys) so they can go back as responsible citizens; people who can be very useful; the knowledge can be utilised; we can bring back the knowledge and make it more be useful.

“We are prepared and we are not shying away from arresting and arraigning them, but we are thinking that we should find a way to manage them, so that they can be useful citizens. These are very intelligent boys; we can use their intellect for positive purposes for this country.”