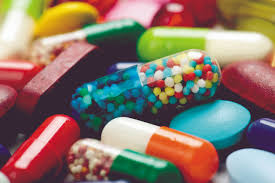 Some pharmacists have advised Nigerians to handle antibiotics with care by completing their prescribed dosage and avoid ingesting antibiotics without appropriate testing and prescription.

According to them, this will help to guard against antibiotics resistance and associated health conditions that may arise from indiscriminate consumption of antibiotics.

They spoke on Friday at an event organsied by the ST. RACHEAL’S Pharmaceutical Nigeria Ltd. to mark the 2019 World Antibiotics Awareness Week (WAAW) in Lagos.

Commenting, Prof. Oyinlola Oduyebo of the Department of Medical Microbiology and Parasitology, College of Medicine, University of Lagos (UNILAG), said: “There is urgent need for people to handle antibiotics with care.

“Also, do not take leftover antibiotics; ensure you finish your antibiotics prescription instead of remaining and using it another time.

“Many people have the habit of using what remains of the antibiotics they had used earlier; it is dangerous.’’

According to her, when antibiotics are prescribed, its aim is to tackle a particular organism, hence, one needs to run a laboratory test to determine which organism is causing the ailment before taking any antibiotic.

“So, when antibiotics meant to be taken for five days are taken for three days, it is dangerous; also, if one feels better after three days, that means the diagnosis for making prescriptions for that particular drug was not so accurate.

“It also means that the antibiotics was not needed in the first instance.

“The proper thing to do in treating infection is to target the organism causing that infection and this is first by subjecting the patient to clinical diagnosis through a laboratory test to find out what is causing it.’’

She said that other reasons why drugs should be handled with care include to avoid drug resistance and adverse body reactions.

“Indiscriminate consumption of antibiotics without accurate diagnosis , strict adherence to prescriptions can cause drug resistance and even damage vital organs in the body.

“You may take the antibiotics that may not be suitable for the condition, your body type, drugs combination or dosage and this can cause adverse reactions

“Such adverse conditions may include organs failure and even death,’’ Oduyebo said.

“The fundamental human right can be breached if we do not preserve the potency of the antibiotics we have today.

“The 1946 WHO’s Constitution defines the right to health as the enjoyment of the highest attainable standard of health.

“Consequently, there is need to increase global awareness of antibiotic resistance and to raise awareness about the fatality of preventable and treatable respiratory tract infections.’’

Adeosun, who is a Licenced Pharmacist, said that the effectiveness of antibiotics and the elimination of resistance could be encouraged by right diagnosis and application of antibiotics.

“Also, we will be helping the world in fighting the war against antibiotic resistance, thereby improving clinical outcomes and the life expectancy of antibiotics,’’ he said.

Adeosun urged Nigerians to stop self-medication and take the full dose of high quality antibiotics when prescribed by doctors and dispensed by pharmacists.

He also urged governments to increase budgetary allocation to health.

Antibiotics and antibacterials are used as synonyms against chemical agents used for getting rid (kill or inhibit) of bacteria, antimicrobial is broader.

Antibiotics are used worldwide in the treatment of bacterial infections in humans and animals and the effectiveness of antibiotics is now being challenged.

The Nigeria Centre for Disease Control says: “the ease of access and overuse of antibiotics have resulted in an increasing resistance of bacteria to antibiotics, which is paradoxically leading to a loss of effectiveness.

“Antimicrobial resistance is a situation where micro-organisms treated with antibiotics develop immunity or become resistant to antibiotics due to misuse of the drugs.

“The emergence of multidrug-resistant organisms has led to an increasing burden of antimicrobial resistance in every region of the world affecting people of all ages and status. This can be reduced by a more targeted, responsible approach to the use of antibiotics.

“In 2017, NCDC, in collaboration with the Federal Ministries of Health; Agriculture and Rural Development, and Environment as well as the the Global Antibiotic Resistance Partnership (GARP) project stressed the enormity of antimicrobial resistance.”

The report, “Antimicrobial Use and Resistance in Nigeria SITUATION ANALYSIS AND RECOMMENDATIONS 2017’’ states: “The emergence of multidrug-resistant organisms that have led to increased mortality and economic burden has increased almost exponentially.

“Thus, the prudent use of antimicrobial drugs cannot be more strongly emphasised than now.‘’

Also, the WHO Regional Director for Africa, Matshidiso Moeti, said AMR was endangering health security and progress toward universal health coverage, by threatening to reverse medical advances of the twentieth century.

Moeti said the treatment of diseases including pneumonia, tuberculosis, gonorrhea and cancer are becoming difficult because many of these pathogens have become resistant to the first line of antibiotic treatment.