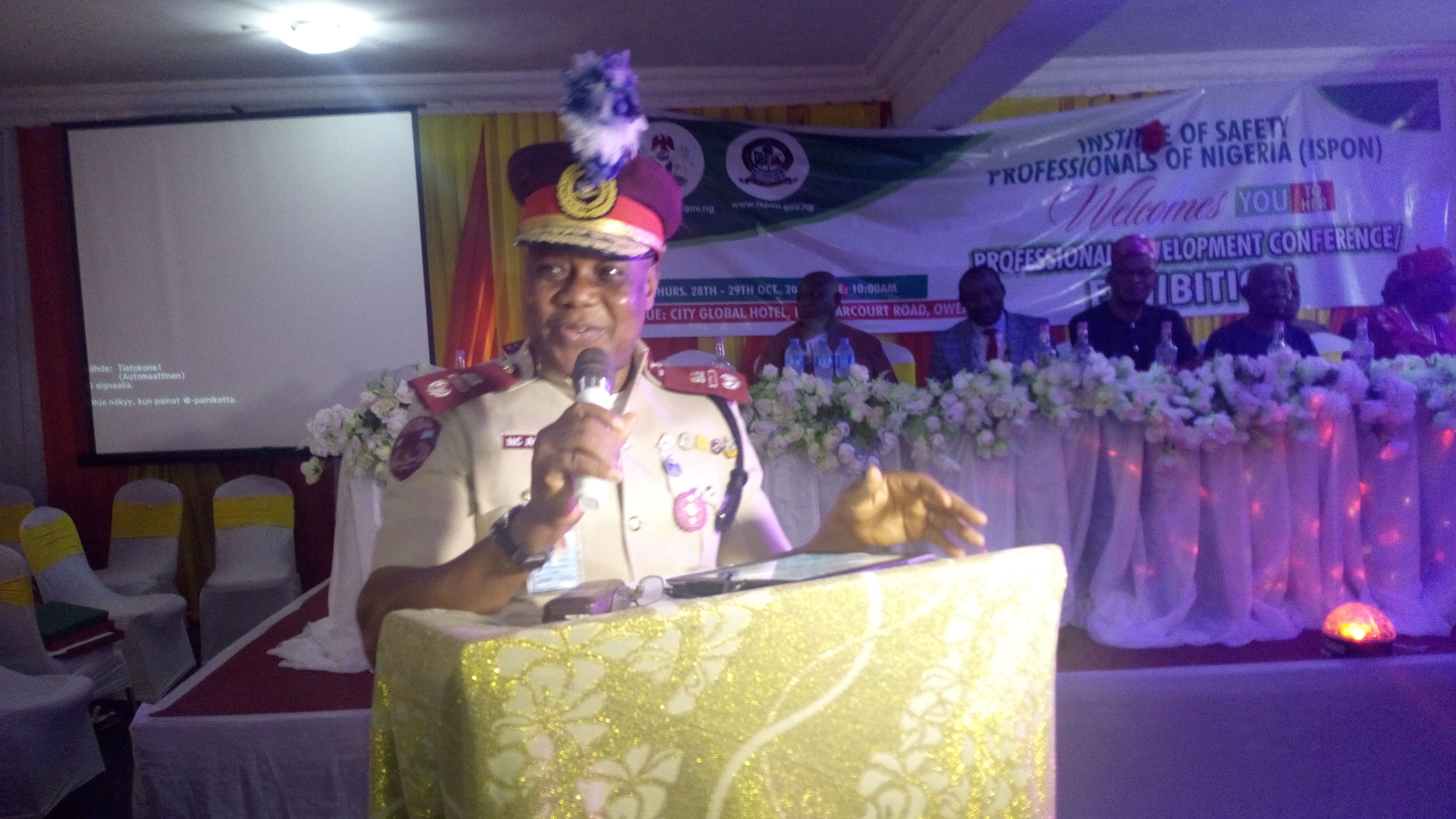 Federal Road Safety Confusion may be the new name of the Road Safety Corps, if the divergent reactions generated by the use of technology assisted driving aid – Google map App is not abated.

Barely, 24 hours after the Corps Public Education Officer, Mr. Bisi Kazeem debunked the earlier statement credited to the Federal Capital Territory Sector Commander of the Federal Road Safety Corps, Mr. Ayuba Gora as saying that driving with the help of Google map is a serious traffic offence which may lead to arrest of offenders, another senior officer of the Corps has come out strongly to support Mr Gora, insisting that it is an offence to use Google map route technology assistance while on wheels.

The Commandant, Federal Road Safety Corps Academy, Udi Enugu State, Nseobong C. Akpabio, on Thursday 28 November in Owerri, insisted that drivers deploying Google map technology while driving are committing traffic offence. The Assistant Corps Marshal made this declaration in an interview with Safety Reporters at the venue of the opening ceremony of the 38th Professional Conference of the Institute of Safety Professionals of Nigeria (ISPON) taking place in Imo state capital.

The Corps Academy Commander, who earlier delivered a lecture on the conference theme: Mainstreaming Safety for Sustainable National Development, when confronted with the raging controversy queried “how do you want to use the Google map? Do you sleep and see it or do you close your eyes with Google map? It is an offence! It is an offence!!” he emphasized.

Mr Akpabio, a Defence College fellow further said, “Because of the fact that you are using your hand to check it, you are diverting your attention to some thing else, may be you may not know. You need absolute concentration while driving”.

When he was reminded the some vehicle comes with inbuilt Google map technology, he insisted it will be diverting attention of the driver that such device is better applied when not in motion.

A case of battle between man and machine, the Harvard trained commandant said he is advising drivers to “ stop and ask for direction to their destination” than endangering their lives and that of other road users by using Google map.

When Safety Reporters demanded to know the fate of Uber drivers and other tech-app powered commercial drivers, the Training commander said “as long as your attention is diverted while driving, you are commiting an offence”

In a swift reaction to Google map madness, the Senate Minority Leader and Senator representing Abia South in the Upper Legislative chamber, Senator Enyinnaya Abaribe, has promised to take on Federal Road Safety Commission (FRSC) on it’s plans to arrest drivers who use the help of google map while driving.

Abaribe who reacted to the social media uproar by Nigerians over the planned arrest, said he will bring the attention of the National Assembly to it, as he is prepared to raise the matter as an issue of public/national importance at the floor of the senate.

Gora said this at the inauguration of the 2019 Ember Months Campaign by Lugbe Unit Command of the FRSC in Abuja on Wednesday.

According to him, the law forbids motorists from using mobile phones in any form while driving, as it can lead to accident.

“The Corps had recently concluded training of its personnel who have been commissioned as fulltime staff and deployed to various formations across the states of the Federation, including FCT”.

The statement added that, “by this disclaimer, the general public have been warned to desist from patronising these online fraudsters who are bent on duping unsuspecting members of the public.

“Members of the public will be duly informed immediately the Corps commences recruitment into its services through appropriate media platforms including its social media handles”.

Nigerians will be glad to see laws that will embrace technology in this age of artificial intelligence without compromising their safety.