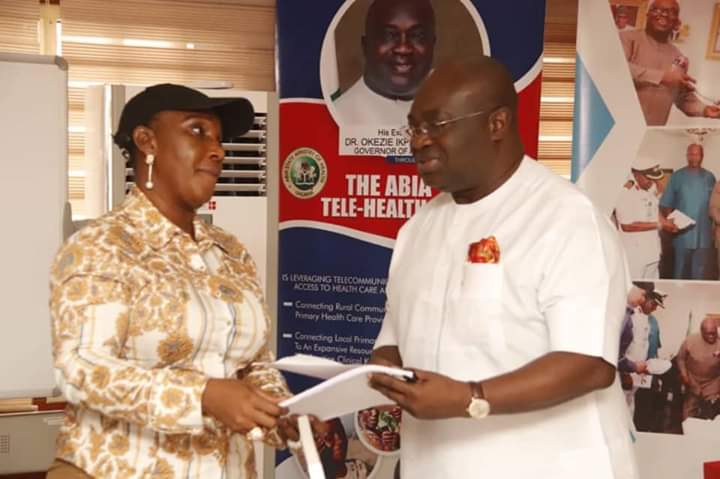 When the NDDC team led by the Acting Managing Director, Dr Joi Nuneih, visited Governor Okezie Ikpeazu yesterday, I focused mainly on the woman leading the team. From the moment she started speaking, I sensed honesty and desire to right wrongs.

I wasn’t disappointed one bit after listening to her. Truly an Esther.

Yet, the high point for me was when she presented Governor Okezie Ikpeazu with a list of all the projects done by NDDC in the state and asked him to independently verify against facts and figures detailed out in the document. Even the usually calm Governor Ikpeazu was shocked when he saw the entries contained in the document.

NDDC paid huge amounts of money to politicians and their proxies for phantom road projects.

Indeed, if 50% of the road projects listed were delivered according to specifications, Abia would have had the best road network in Nigeria. Yet, the same people who perpetrated this heist against the people of the state are the same people who sponsor photographers, armchair critics and wannabe activists to take pictures of bad roads in Abia including the roads they collected money from NDDC to fix but bolted with the money.

This is unconscionable scam and will be fully exposed. We have dispatched a team to bring back photographs from all the listed roads and will publish them here with information on contractor, project ‘attractor’ and amount paid by NDDC for the projects.

God bless whoever appointed Dr Nuneih to head NDDC and gave her the mandate to undertake forensic audit of the agency. She is a great role model for women in leadership and it is obvious that she certainly loves the people of the Niger Delta and is not interested in partisan politics.

Let’s dig into this horrendous scam called NDDC projects in Abia State…it is mind boggling and will be fully disclosed.