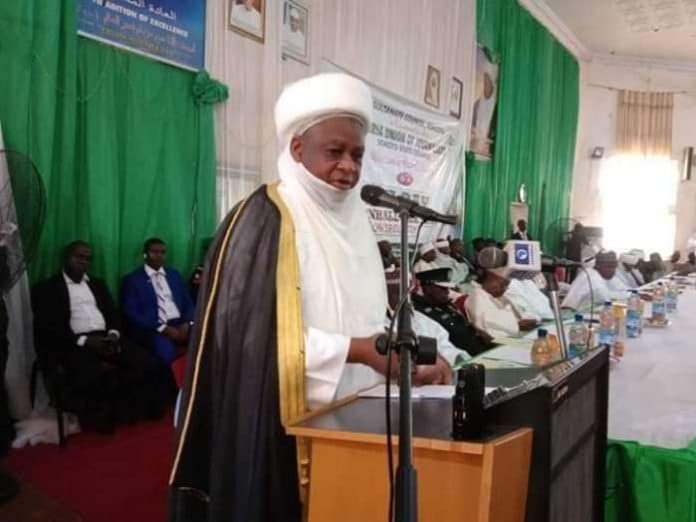 The President-General of Nigerian Supreme Council for Islamic Affairs (NSCIA) and Sultan of Sokoto, Dr. Muhammad Sa’ad Abubakar yesterday said that Muslims in the country would not be provoked to take up arms.

Sultan Abubakar spoke in the light of some media misrepresentation of Islam and discrimination against Muslims, especially the denial of women to wear hijab by some schools and government agencies.

He made the remark at the opening of the 34th National Qu’ran Recitation Competition held at Teslim Balogun Stadium, Surulere, Lagos.

The competition was declared opened by Governor of Lagos State, Babajide Sanwo-Olu.

The monarch condemned the stereotyping of Muslims by the media. According to him, the negative reports of issues related to Islam were unhealthy for the nation.

He said: “I want to assure you that no Muslim would be provoked into taking up arms against anybody based on what people have been saying in the media, particularly of recent. These are issues we need to tackle; these are issued various governments at all levels must continue to tackle by sitting down and talking to one another because making public comments don’t normally help. They aggravate situations.

“I want to assure all that everything is right with us. The Muslims in Nigeria are very good people. We will continue to do the best. But among all good people, there are also bad people and we know there are bad people among all societies.

“What we need to do is to sit together, bring out those bad people and deal with them. That is where governments at all levels should come into work with us.”

The Sultan of Sokoto assured leaders in the country of sound advice by the Muslim community. He said the Muslims would continue to work so that Nigeria would be a much better place.

Lagos State Governor, Babajide Sanwo-Olu assured that his administration would continue to protect the rights of the citizens to practice any religion of their choice without the fear of harassment or discrimination.

The Governor noted that the Quran Competition will further enlighten all and sundry as well as expose Muslim youths to the bright side of life as preached by Islam through the holy Qur’an.

Sanwo-Olu reminded all that now was the time Nigeria required more programmes such as the Quranic recitation to re-channel the minds of the youths toward positive ventures.

He said: “As a nation engaged in the battle against extremism, this programme will, among other initiatives, promote the true understanding of the religion of Islam and help make our young people less vulnerable to beliefs that are not consistent with the teachings of the religion.”