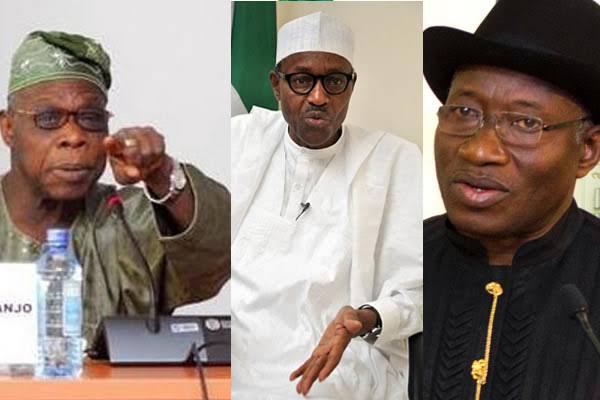 The leader of the Indigenous People of Biafra, IPOB, Mazi Nnamdi Kanu, yesterday in a radio broadcast said the greatest mistake made by former President Goodluck Jonathan in his administration was the removal of the former Chief of Army Staff, Lt Gen Azubike Ihejirika.

Kanu said Obasanjo summoned courage to deal with the leadership of Boko Haram before Jonathan took over but Jonathan had opportunity of dealing with them but was deceived into removing Ihejirika.

According to Kanu, when the North saw that Ihejirika was mercilessly dealing with the Boko Haram insurgents their creation, they put pressure on Jonathan to remove him and Jonathan succumbed to their pressure and today, the terrorists have taken the fight against Jonathan to his village in Otueke, Bayelsa State.

“This is just the beginning. Many more attacks will come for him irrespective of Buhari’s assurance to him that there is no cause for alarm. That attack was their advanced party. The terrorists are in Army and Police uniforms, they are doing this in order to retain power and remain relevant”.

Mazi Kanu also alleged that Abba Kariyi and El Rufai are being used to deal with Alhaji Bola Tinubu because he has shown interest to be President of Nigeria.

According to KANU, the North used Tinubu to destroy Yoruba land, while giving him wrong impressing that they love him, but he did not understand that they were just using him to run an errand and now they have suddede in completing the errand they want him for they are gradually dumping him and throwing up El Rufai as the successor to Buhari.

The IPOB leader said that it is the responsibility of his his group to liberate Biafrans and Nigerians who want to know the truth about the alleged deceptive Fulani cabal that are controlling Aso Rock, adding that IPOB will never abdicate the responsibility, neither will anybody or group divert its attention.

“Biafra will come and I am proclaiming today that Biafra us the kingdom we are looking for, God has abandoned Nigeria and is angry with the country because its present deceitful leaders who are only interested in empowering one ethnic group at the detriment of others.

Biafra blessing goes with them, wherever Biafrans go, they will be established in the land of the living because of Gods love and blessing for them, nobody can divide Biafra, not even the treacherous British government that hate Biafrans with passion and have been conniving with the enemies to try to pull us down.

“They are deceiving many people with one Nigeria, but I assure you that Nigeria can never be one because they are not made to be one, there is nothing binding Nigeria together except corruption, we have nothing in common, Biafrans are different people and can never be one with Nigeria.

“That is why since 1945, they have been fighting to drag us down, but thank God, they gave not succeeded and will never succeed, there us no way we can agree on anything except on total liberation.

“Sometimes I ask how Nigeria can be redeemed, and I say is it by giving every position yo the Fulani’s, they hate IPOB because we lay Nigeria bay, the present leaders in Nigeria will tell you one thing and do another, they promised they will dismantle the road blocks and check points in the South East, but they are still there.

“Nigeria us in one Almighty mess, when DSS is fade up with their illicit activities that attracts massive condemnation, they will ho and rent a crowd and call it one human rights name to protest for them to demand for apology even from a government that is not in Nigeria,.like they have done demanding apology from Donald Trump.”