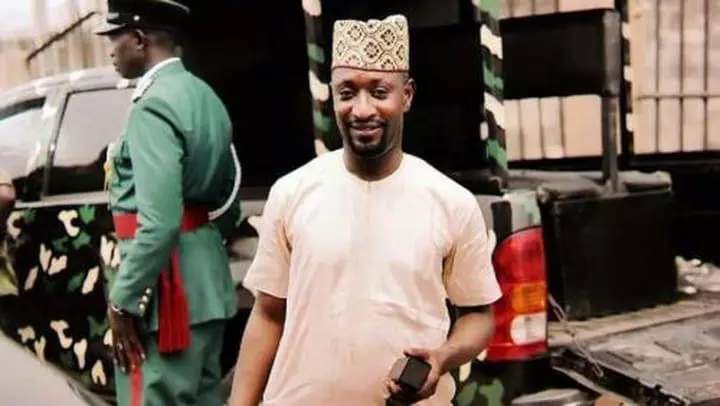 Okolie discloses his plan to take DSS to court for unlawfully detaining him.

Anthony Okolie, a businessman who spent 10 weeks in the Department of State Services (DSS) custody, said he ate satisfactorily during his time in prison.

Okolie, who was unlawfully arrested and detained by the DSS for using an MTN SIM card which was previously used and abandoned by President Muhammadu Buhari’s daughter, Hanan, explained that he wasn’t tortured neither was he interrogated every day.

The DSS is yet to respond to the arrest of Anthony Okolie, who was detained for purchasing and using an MTN SIM card, which was previously used and abandoned by President Muhammadu Buhari’s daughter, Hanan. (The image of DSS DG, Yusuf Bichi used for illustrative purpose) [Sahara Reporters]
“I wasn’t physically tortured. I was treated with decency and well fed. However, I went through psychological and emotional trauma. I had never been detained before and the fact that I was being held against my will for not committing any crime affected me,” Punch quoted Okolie as saying.

On how he was arrested, the Delta-based businessman said he had a business meeting with someone, and they were supposed to embark on a journey to Onitsha in Anambra.

Okolie said, “On getting to the man’s house, I saw some armed men taking him away.

Okolie added that he was delayed in DSS custody because the president’s daughter refused to clear him, on a claim that she was busy with exams.

He said, “They kept calling her for several weeks, while I remained in their custody. It was when she refused to show up after 10 weeks that the DSS said they had no choice but to release me. I remained there for 10 weeks because she did not clear me.”

The businessman, however, disclosed that he’s going to engage the DSS in a legal battle, as he plans to meet with his lawyers on the matter soon.