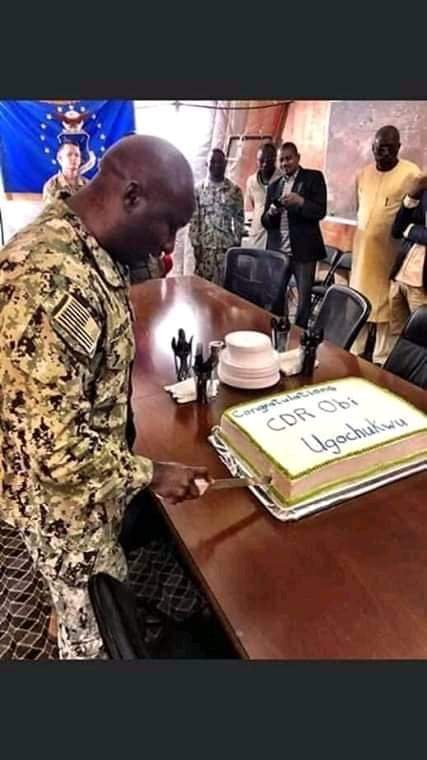 An Imo State born American citizen, Mr. Obi Ugochukwu was recently elevated as Commander in the US Navy.

It is the largest and most capable navy in the world and it has been estimated that in terms of tonnage of its active battle fleet alone, it is larger than the next 13 navies combined, which includes 11 U.S. allies or partner nations.