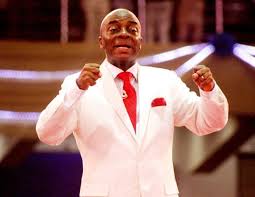 The Presiding Bishop of Winner ’s Chapel, David Oyedepo, was fuming in holy anger over the multi million naira fraud uncovered under his Church. He summarily dismissed some officials involved in the alleged stealing from the church ’s treasury .

Oyedepo, who spoke on Saturday during an empowerment summit organised for the church ’s ordained workers , was silent on the amount involved, number of affected church workers. It is also unclear if government authorities saddled with fraud and financial crimes have been alerted to continue further investigation and possible prosecution.

He simply said , “ We had no choice but to dismiss them . You can imagine top church officials engaging in doubling figures and other dubious practices . After we dismissed them , we discovered more fraud .

“ Those who should discover the fraud were the ones involved in it . One of them refused to confess until the last minute . Can you imagine accountants perpetrating fraud in the house of God ?

“ Don ’t employ them , don’ t sympathise. Whoever sympathises with the wicked is wicked himself. Don ’t sympathise with any perpetrator of fraud , otherwise, you are a partaker of the evil act .”