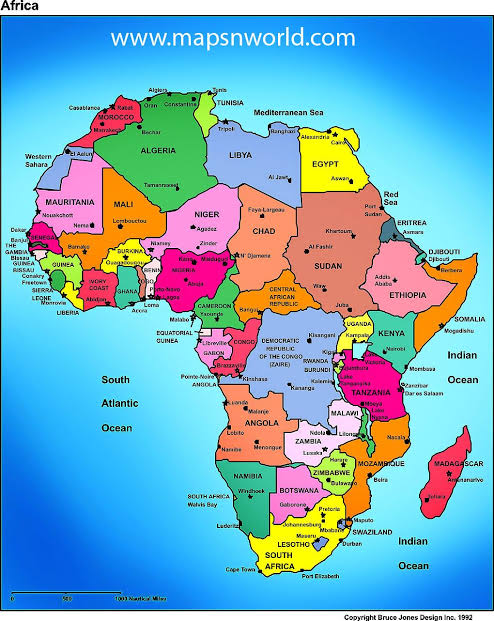 There was a time when Christopher Columbus was heavily pushed and accepted as the greatest explorer of this side of the globe.

Never mind the little detail of how one could “discover” a place where people already live.

But because Europeans long ago staked claim as the dominant voice, especially of the so-called “New World,” their version of events has endured.

As with every other position in the world, African peoples were explorers as well. Here are a few we should all know:

Western scholars have, by and large, dismissed the assertion that Africans had contact with the Americas long before Columbus. But scholars such as Ivan Van Sertima and Cheikh Anta Diop rejected this in the books They Came Before Columbus (1976) and The African Origin of Civilization: Myth or Reality (1974). But they were not alone. Decades before, respected Harvard lecturer Leo Wiener, a Russian-born scholar of Polish-Jewish heritage who was a polyglot skilled in more than 20 languages, noted the African presence in his 1920 book Africa and the Discovery of America.

Around 2000, Malian historian Gaoussou Diawara, author of Abubakari II, available in French, along with other African researchers, began to explore the history of Abubakari, who once ruled the Mali Empire in West Africa, and to proclaim him the main force behind the African arrival to the Americas prior to Columbus.

Abubakari is said to be the son of Kolonkan, sister of Sundiata Keita (also Sundjata Keita and Soundjata Keita), the founding emperor of the great Mali Empire in West Africa. In 1311, Abubakari abdicated his throne to Mansa Musa to pursue his belief that the Atlantic Ocean, similar to the River Niger, had another bank. Already during his rule, Abubakari had funded a 200-boat expedition to find the bank.

When only one ship returned, with the captain reporting that a current swept the rest of the fleet away, prompting him to turn back, Abubakari put together a 2000-boat expedition he himself helmed. It is believed that Abubakari, who never returned home, landed at what is now Recife in Brazil and that some of the previous boats landed throughout the Americas, including what is now Mexico and even in Colorado. This is why Wiener and others before and after him note early remnants of African culture in the Americas, some of which Columbus found upon his arrival.

Described as “El Negro,” navigator and explorer Pedro Alonso Niño, son of a white Spaniard and enslaved African woman, has long been acknowledged for accompanying Columbus on his first expedition to the Americas in 1492 as the pilot of the Santa Maria. Although Pedro is one of the most well-known of Columbus’s crew, he was not alone — his brothers Francisco (youngest) and Juan (oldest) were also part of Columbus’s voyages.

In their home of Moguer, Spain, they were prominent sailors with experience on Atlantic voyages. Reportedly, Pedro even sailed the West African coast. During the first Columbus voyage, Juan helmed La Niña, which he also owned. Francisco was most likely a sailor on La Niña.

The brothers also took part in Columbus’s second voyage in which it is well-documented that Pedro was with Columbus when he “discovered” Trinidad. In fact, sons of Pedro and Juan are believed to have participated in Columbus’s voyages as well. Enterprising Pedro set out on his own expedition, in search of riches in the Americas Columbus had not ventured through. Although he successfully returned to Spain, he was accused of cheating the King of 20 percent of the treasure and arrested. He died in prison before he could go to trial. Francisco died in Honduras. It is not widely known where Juan died.

Born in Africa, Juan Garrido was enslaved in Portugal but began his career in exploration in Seville, Spain, probably as a slave. Around 1502 or 1503, he landed in Santo Domingo. Later, Garrido was elevated to the status of conquistador and was with Ponce de Leon during his search for the Fountain of Youth in Florida in 1513. Garrido was also part of the Hernán (also Hernando) Cortés-led invasion of Mexico in 1519, which resulted in the conquest of the Aztecs.

Later, he participated in expeditions to Michoacán in Mexico in the 1520s and traveled to islands around San Juan and Cuba as well. Garrido, who married and fathered three children, settled in Mexico City. To secure land that, based on his service, should have automatically been his, he provided testimony of his exploits of his 30 years as a conquistador, without pay, in 1538. Today, he is also credited with harvesting the first commercial wheat crop in the Americas.

By most accounts, Esteban was sold into slavery around 1513 in the Portuguese-controlled Azemmour on Morocco’s Atlantic coast at around age 10 to 13 and brought to Spain, where he became the servant of Andrés Dorantes de Carranza. With Dorantes, Esteban, who is labeled a Moor by most historians, traveled to Cuba to join the Pánfilo de Narváez expedition to conquer Florida for Spain. Although raised a Muslim, Esteban converted to Catholicism, which was also a requirement to participate in Spanish expeditions to the Americas. From Cuba, the expedition of roughly 600 Spanish, Portuguese and African troops arrived in Tampa Bay in 1528.

Most of the soldiers perished, however. Eventually, a hurricane displaced Álvar Núñez Cabeza de Vaca, Alonso del Castillo Maldonado, Dorantes and Esteban around Galveston, Texas. Reportedly captured by native peoples for five years before becoming free, the four-man crew walked for four years through New Mexico, Arizona and Northern Mexico all the way to Mexico City. Later, in 1536, Esteban explored northern Mexico with Cabeza de Vaca. Around 1539, he was part of an expedition led by Friar Marcos de Niza that scouted terrain for Francisco Coronado’s search for “Seven Cities of Gold.” Reportedly, Esteban was killed by the Zuni tribe near the border of Arizona and New Mexico, but his body was never recovered.