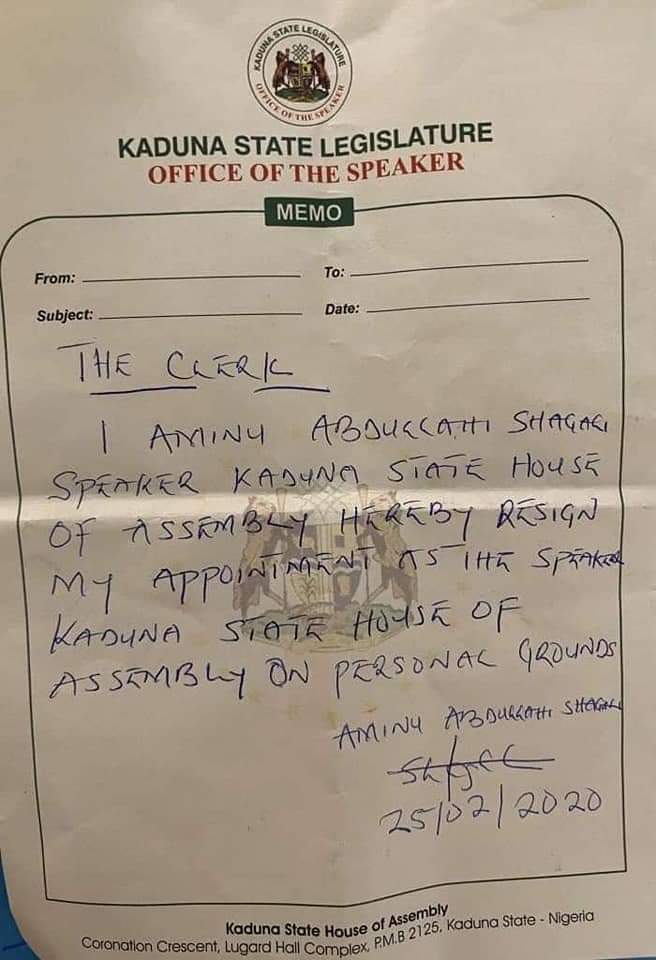 Speaker of Kaduna State House of Assembly, Aminu Abdullahi Shagali, on Tuesday, resigned his position as the Speaker.

The house immediately elected Yusuf Ibrahim Zailani as the new Speaker, while Mukhatar Isa Hazo was elected as a new Deputy Speaker of the house.

No reason was adduced for the resignation of the 40-year-old Speaker, who was elected on the platform of the All Progressives Congress in 2015.

The Speaker, who represents Sabon-Gari Constituency in the Assembly, officially submitted his resignation letter to the clerk of the house Tuesday morning.

In the letter obtained by The PUNCH, the Shagali said he resigned on “personal grounds”.