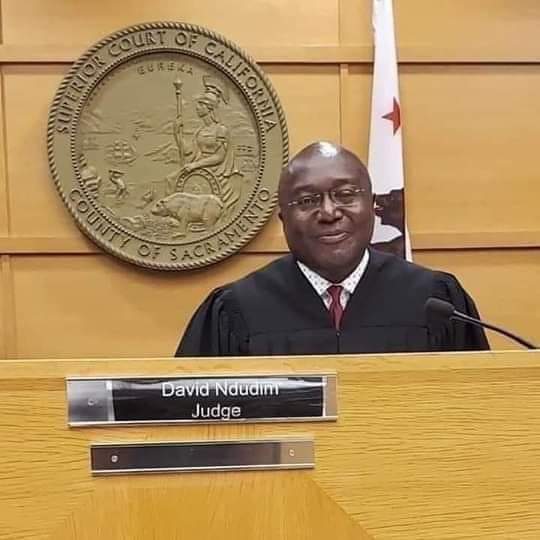 Nigerian born from Abia State and American trained lawyer, David Ndudim has been named Judge of the Supreme Court in the State of California, United States of America.

Interestingly, the Supreme Court of Nigeria has come under severe public scrutiny following the controversial removal of former Chief Judge of Nigeria and the emergence of the current CJN Mohammed Tanko. The controversy is lately aggravated by the judgements of the Supreme Court which is witnessing an unprecedented erosion of confidence in some qaurters in Nigeria.