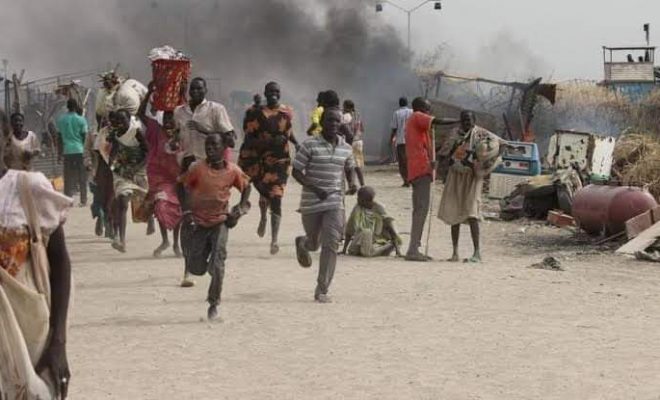 Over ten persons have been confirmed dead as suspected Fulani herdsmen strike in Okigwe council area of Imo state.

An eyewitness account said, the attack yesterday which was unchallenged by the police or the Army happened around Ojukwu street, Umuchima, Owerri road by union bank and Six-to-six area.

The Imo State House of Assembly in reaction to the barbaric act have summoned the state’s Commissioner of Police Olaniyi Fafowora, to appear at the floor of the State Assembly next Tuesday. Fafowora’s invitation was promoted by a motion moved by Chidiebere Ogbunikpa, a member representing Okigwe state constituency, during plenary on Thursday where he registered his displeasure on the invasion of Fulani herdsmen in the area.

The motion reads, “whereas the police and other security agencies are charged with the responsibility of protecting lives and properties of Nigerian citizens, Okigwe people inclusive.

“The police and other security agencies have failed to protect the people of Okigwe local government area. This fact became clear with the type of sporadic shooting that took place in Okigwe town last night which left eight persons dead and not less than twelve others wounded.

“The hoodlums had a field day as they went street by street in Okigwe town with bike shooting and killing my people unchallenged by the police and other security agencies in the area including the army.”

“Be it resolved by this honourable House that Imo state government and the police to provide operational vehicles and other equipment or manpower to enable the officers and men of the Nigeria Police Force fight armed gangs in Okigwe.”

Ogbunikpa further charged the police to wade into the situation, expressing fears that more persons may fall victim if the culprits are brought to book.