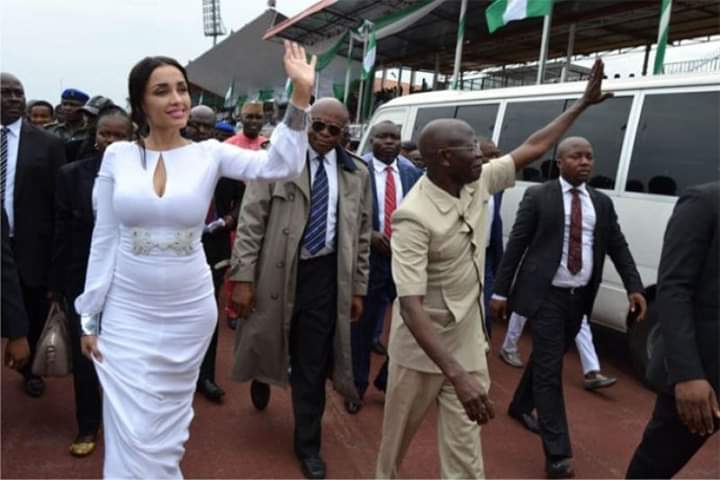 The embattled National Chairman of the All Progressives Congress (APC), Comrade Adams Oshiomhole, has been shut out of the party’s National Executive Council (NEC) holding next Tuesday in Abuja.

It was gathered that the decision, endorsed by the acting National Secretary of the party, Victor Giadom, followed the suspension of the ex-labour by an Abuja High Court.

The development came on the heels of the decision by Governor Godwin Obaseki of Edo State to convene a consultative meeting today with key stakeholders from the South South geopolitical zone over the Oshiomhole’s debacle.

APC’s Vice Chairman in the zone, Prince Hilliard Eta, has however distanced himself from the parley, insisting that the governor lacked the powers to convene the meeting.

Meanwhile, stalwarts have urged Giadom to check the excesses that pitched Oshiomhole, against the members.

The party chieftains that spoke to The Guardian, including the Director General of Voice of Nigeria (VON), Mr. Osita Okechukwu and former National Publicity Secretary of the defunct Peoples Democratic Party (nPDP), Chief Eze Chukwuemeka Eze, noted that the ‘exit’ of Oshiomhole had paved the way for healing and unity in the party.

Okechukwu said the most reasonable option left for Oshiomhole was resignation to show his love for the party rather than taking actions to scuttle the NEC meeting, stressing that whenever the NEC meets, filling existing vacancies in the National Working Committee (NWC) of the party would top its agenda.

Condemning the last-minute attempt by the suspended national chairman to introduce some officials into the NWC, Okechukwu said the move actually “exposed the devious plans by Oshiomhole against the party”, even as he maintained that his exit could not have come at a better time.

However, on his part, Chief Eze commended President Muhammadu Buhari for aligning with the progressive elements to reorganise the ruling party, noting that as he formally takes over the administration and running of the party, Giadom should bring his wealth of experience to bear on the challenge of repositioning the party.

He said the challenge before the acting National Secretary was to “do his best and work with staff of the party, relevant organs and particularly President Muhammadu Buhari, the leader and father of the party; the NWC and NEC, Progressive Governors Forum, the Senate President and Speaker of the House of Representatives to rediscover the founding principles of the party.”

Cautioning Giadom against making the mistakes of Oshiomhole, whom he said mistook a political party for a labour union by engaging in “wanton acts and noisemaking.”