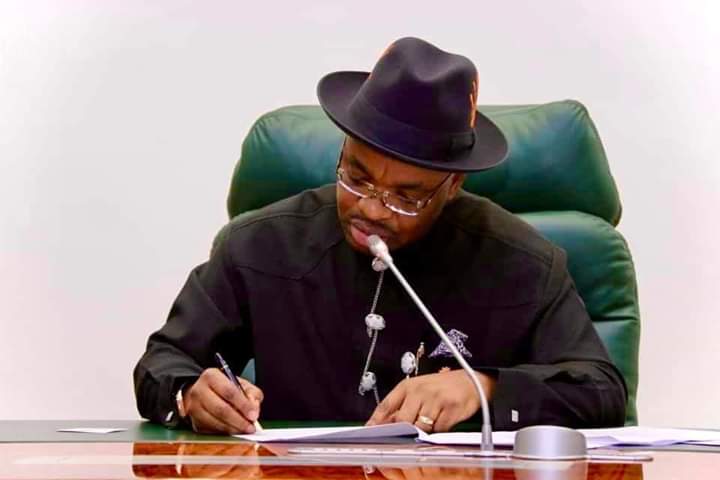 Governor Udom Emmanuel has declared war on cultism and other social vices in Akwa Ibom state by proscribing 65 cult groups in the state.

The proscription came under the Cultism and Other Violent Behaviour Prohibition Order 2020 in pursuant to section 70 of the Criminal Code, Laws of Akwa Ibom State.

Governor Udom Emmanuel signed the law today in Uyo, while declaring as illegal any form of cult organisations in secondary and primary schools in the State.

The law, which comes into effect today, said defaulters shall be prosecuted in accordance with the Cultism, Offensive Weapons and Violent Behavior 2004 or any other enabling law.

It also revoked the 2018 Cultism and other Violent Behaviour Order.

The Attorney General and Commissioner for Justice, Barr. Uwemedimo Nwoko explained that the new law is more comprehensive than the 2018 Prohibition.