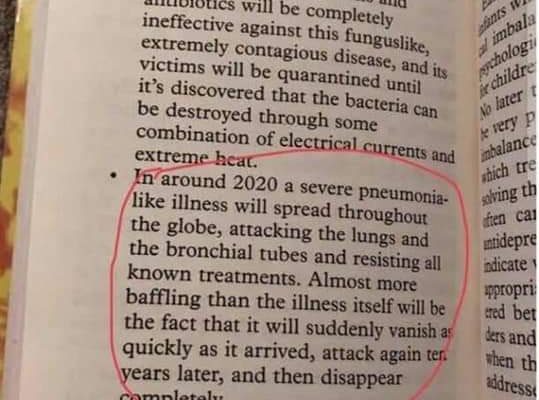 Pictures of a page from a book titled ‘End of Days’, written by late Sylvia Brown, is now viral on social media. Kim Kardashian was one of those who shared the pictures on Twitter.
Certain lines in the book make it appear that the author had predicted that an epidemic, much similar to coronavirus, would attack the world in 2020.

“In around 2020 a severe pneumonia-like illness will spread throughout the globe, attacking the lungs and the bronchial tubes and resisting all known treatments. Almost more baffling than the illness itself will be the fact that it will suddenly vanish as quickly as it arrived, attack again ten years later, and then disappear completely,” stated the book.