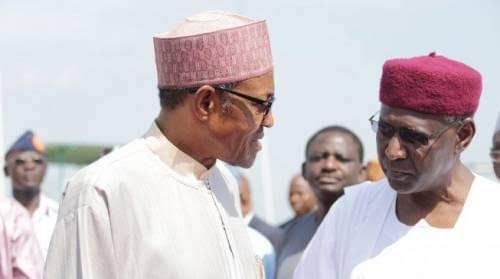 The Chief of Staff to President Muhammadu Buhari, Abba Kyari, has tested positive for Coronavirus.

He was said to have possibly contracted the virus during a visit to Germany and Egypt for a meeting on the Nigerian Electricity Regulation Commission, whose executive chairman, Prof. James Momoh, was part of.

The CoS attended many meetings after his return from the trips last week.

Kyari was said to have started coughing during a meeting on Sunday at the Aso Rock Villa, fuelling speculation he could have the virus.

His test result, which came in on Tuesday morning and confirmed him positive threw the Presidency into confusion regarding the safety and health of the President Buhari himself.

It may be recalled that President Muhammadu Buhari had unofficially transferred his powers to Abba Kyari when he asked all his ministers and aids to report his chief of staff.

This directive has made Abba Kyari the shadow Commander in Chief, which had also pitched him against the National Security Adviser, who warned the security chiefs on the dangers of taking orders from the Chief of Staff.