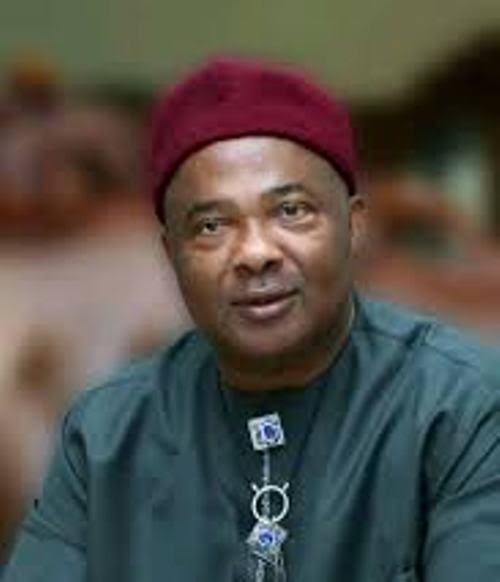 Here is Sen. Hope Uzodinma’s SA on Diaspora affairs Ms. Celia Hibbert who just returned from the UK barely 7days Ago was among those inaugurated by the Governor of Imo State on Monday 23, 2020.

Following the update she made on her Facebook handle on Friday 15, 2020 while in the UK where she shared how she worked shift on Friday (March 20, 2020.)

And the same lady was in Owerri in the midst of over 2000 people where she was inaugurated as the SA to the Governor on Diaspora affairs.

This is too callous, disheartening and wicked to say the least that some one who returned from the UK which is currently being ravaged by the deadly virus could not self isolate herself but exposed thousands of others to grave danger and risk if she turns out positive of the virus.

It will be on record that Sen. Hope Uzodinma ignored all the warnings by the Federal government and WHO on social distancing but convened an elaborate Inauguration ceremony of over 2000 people were in attendance and some of the people being those who just returned from UK, USA, Lagos and Abuja barely 7days without quarantining themselves according to the safety directives of World health and Federal government agencies.

Sen. Hope Uzodinma will surely be held responsible for the irresponsiveness of his government and more so, for refusing to self Isolate himself after being in contact with Abba Kyari last week who has just been tested positive to the virus.