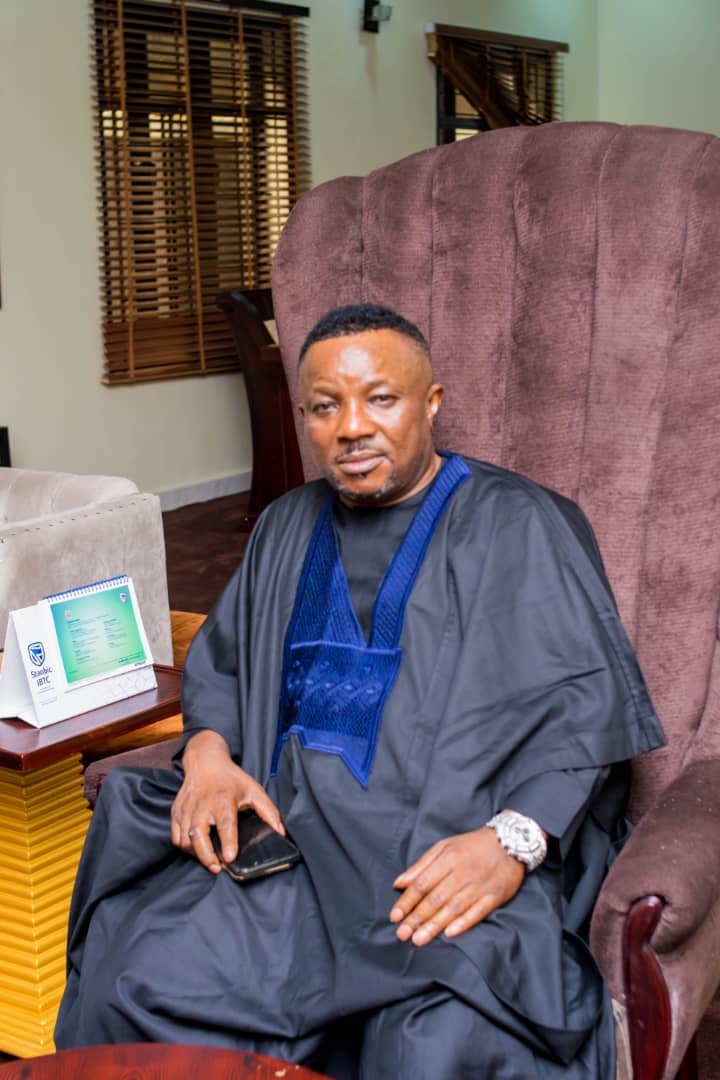 The Chairman of Icecos Energy Limited and National Mandate Newspaper, Dr. Iyke Kanu has emerged Patron of Actors Guild of Nigeria at the just concluded 9th Biennial Lecture and Launching / Premiering of “Operation Last Dance” with theme “The Strategic Role of Nollywood in the Nigerian Economy” held at the expansive Ladi Kwali Hall, Sheraton Hotel, Abuja on Wednesday 11th March, 2020, by the Guild under the leadership of Emeka Rollas Ejezie.

In his speech, Dr. Kanu who served as the chairman of the occasion recalled how in 1957 the movie, “Fincho” by Sam Zebba heralded the birth of what is today known as Nollywood, followed closely by “Kadara” in 1980, before the 1992 blockbuster “Living in Bondage,” that ultimately announced the readiness of Nollywood to take the world by storm, and trust there have been no looking back since then.He further said that the theatrical prowess and cinematic efforts of first generation legends like Hubert Ogunde, Adeyemi Afolayan, Pete Edochie, Tunde Kelani,  Taiwo Ajai-Lycett, Adebayo Salami,  Olu Jacobs,  Ladi Ladebo, Jide Kosoko,  Moses Olaiya, Sadiq Daba, Afolabi Adesanya among others, played a pivotal role in shaping the film industry to its enviable heights and after them, Nollywood has never at any time been short of talents.The industry has blossomed, evolved and grown in every facets of film making, thereby positioned as unarguably one of the leading employers of labour in Nigeria.  Though highly pertinent to note that with involvement of government and other investors, the industry has the posture to eclipse its present status in a short while, he said.
This sector beyond contributing to the nation’s GDP, growing the tourism sector of the economy and positioning itself as the biggest promoter of the brand Nigeria, within and outside the shores of this nation has churned out notable heroes over the last seven decades of its existence.

Nollywood over time has proven to be a strong catalyst for preservation of our cultural heritage as a people which is at the verge of extinct on the accounts of influx of western culture.   The adaptation of national histories and cultures into movies has been a tool to educate this generation and the one to come of the labours of our heroes past.It is on record that the film industry offers potentials for economic, social mobilization and political cohesion and it is necessary for government to tap into wide film market and readiness of stakeholders to revamp the sector to be the largest singular contributor to GDP and job creation outside oil.  He saidMy honest submission here today is that if government should be ready to grow revenue from other sectors beyond oil, the creative industry should be the first to take advantage of, galvanize support for an investors-friendly industry, promulgate laws that will regulate and protect contents and fight piracy, provide social security framework for stakeholders and support the sector with take-off grants through all the guilds that make up the industry and in no distance time, Nollywood boost our GDP by 10%, he posited emphatically. Beyond all, Nollywood has been a tool for mass mobilization and dissemination of information as most of their films has been positioned to fight one social ill in the society or others just like the one that is premiered today, “Operation Last Dance”. He concluded.AGN President, Emeka Rollas said Dr. Kanu’s choice for inauguration as Patron is as a result of his huge moral and financial support to the Guild over the years and urged other well-meaning Nigerians to emulate his philanthropic gestures.The high point of the well-attended event is the unveiling of the prototype proposed film village which drew applause and support of the special guests present including Dr. Kanu who pledged to be financially involved in the project.