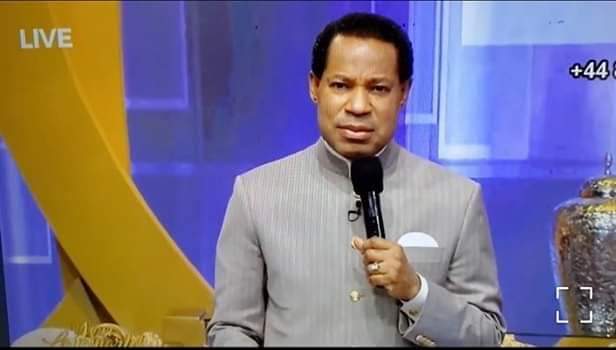 The founder of Love world aka Christ Embassy, Pastor Chris Oyakhilome has debunked the global claim of COVID-19 as virus disease but rather, an advanced conspiracy against humanity.

“Don’t think what is happening right now has to do with a virus. It’s not a virus. The world has chosen to be deceived. As they have been deceived many times before.”

“This is not the Pandemic. Question where did the other ones go? No one is asking. I have asked the question, ‘Where do viruses come from?’ They are not found in nature, it means they’re created.

I’m trying to let you know the reason you’re in your house. I call it a global seige.”

“What they don’t tell you is that your body can be connected. Did you know that once that happens you can also be controlled as your devices are controlled.

Meaning that signals can be sent to your brain, your brain can be controlled. Once that happens you are no longer yourself. The idea is controlling the new race.

So since they can’t vaccinate everyone, they started vaccinating children and raising them that way.”

You wanna know what’s going on in the world? There’s a movie called “Divergent” from 2014

That’s what the groups that are interested in the new world order are up to, to put vaccine in your body containing a digital ID, by which you as a human being can be controlled, you seize to be yourself.

To achieve the vaccination, they using 2 things:

Both strategies lead to achieving their initial plan, vaccination with digital ID.

If these groups were not hiding anything,……

Pastor Chris said we respect what the Government and the doctors are saying
But we are not Stupid There is no virus that is natural its man made or accidentally created
Failed Plandemic.

If you still don’t yet know what is going on, know today; it’s not about the Corona virus. This is basically a group of people serving a devilish cause trying to checkmate humanity to hell.

Don’t be ignorant, neither silent. This isn’t a time to seat on the fence because there is no fence. This isn’t about religion because as you can see, there isn’t one either. It boils down to two options: Life or Death.

We are still in the age of the Church and the antichrist cannot advance his plans yet. The Bible is clear that after the Rapture of the Church, the son of perdition will be revealed. Brothers and sisters, this isn’t a time to play with Christianity. Give your life to Christ now while you still can because these things will happen, but after the Church is raptured.