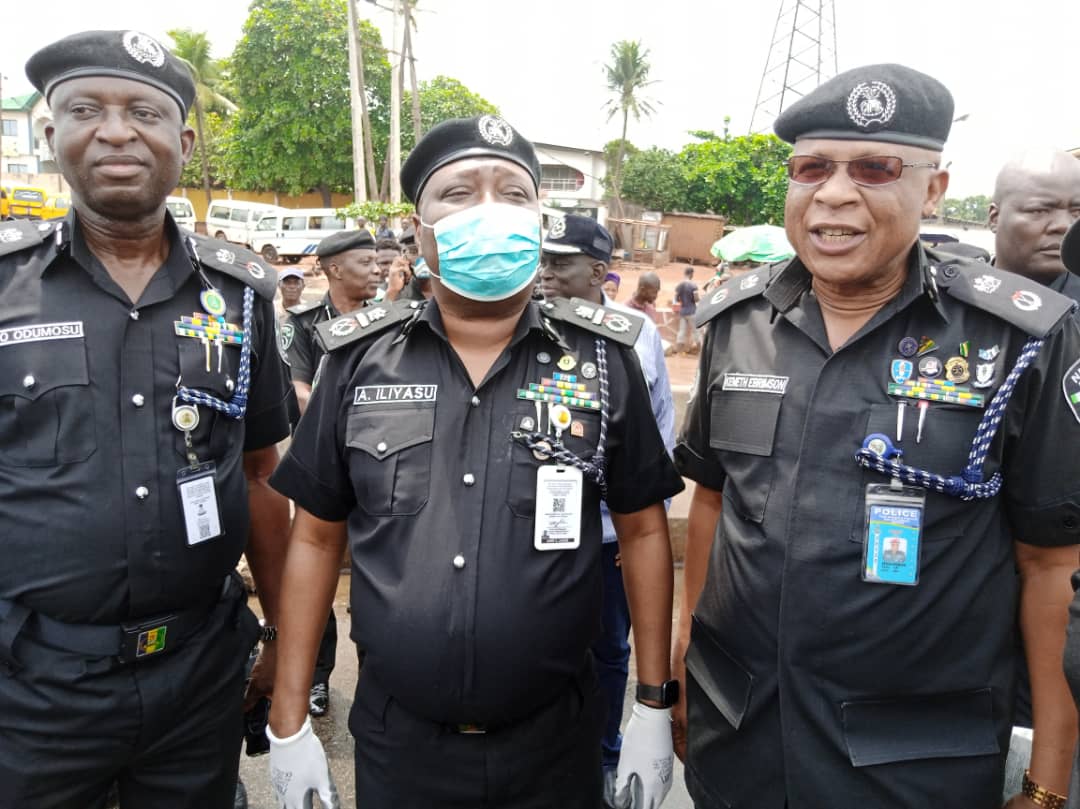 To further enforce the lockdown order and assess the level of compliance, the Assistant Inspector General of Police (AIG), Zone 2 Command, Onikan Lagos, AIG Ahmed Iliyasu psc+, accompanied by the Commissioners of Police in charge of Lagos and Ogun, Akeem Odumosu and Kenneth Ebrimson respectively , has embarked on monitoring exercise of both borders.

Speaking at the Lagos Kara and Interchange, borders for both states, AIG Iliyasu, who was impressed by the compliance, said Nigeria Police Force and Community Policing have been the yardstick towards achieving better results.

According to him, there has been a huge compliance about the lockdown in both States, adding that, ‘’the few people apprehended does not imply failure of the exercise, since the country is not totally shutdown’’.

The AIG emphasised the need for continued synergy between the two states, in order to sustain the cooperation and success recorded, saying efforts were being intensified to make Ogun and Lagos, ‘crime free zones’.

In their separate remarks, the Lagos State, Commissioner of Police, Akeem Odumosu and his Ogun counterpart, Kenneth Ebrimson pledged to always complement the good legacy of the AIG, promising that the two States would not relent in joint policing, especially at this crucial stage of Covid-19 in the country, to make the Federal Government pronouncement on lockdown a success.