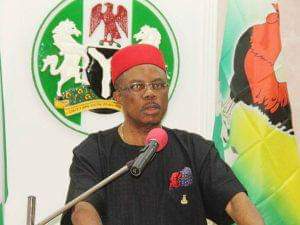 A concerned native of the community released a voice note, claiming that the index case (name withheld) had mingled with many people, including those who visited him to seek financial help.

But speaking with Sunday Sun from his isolation centre in Onitsha, the suspected patient alleged that the state government was plotting to kill him by starvation.

He alleged that the state government wanted him dead as he was dumped at the isolation centre since 3:00a.m on Saturday without food, drug and any form of comfort till the moment he spoke with our reporter at about 2:39p.m yesterday.

The patient said: “I don’t have Coronavirus. Government is claiming that I have COVID-19. Let them come here and conduct test.

“The true situation is that the government of Anambra State wants to kill me. I have no business with them. I am in the hospital. I don’t know about Coronavirus.

“Later on they came with some papers and said that I tested positive. Is it their father or their mother that tested positive? They kept me here since 3 O’clock and dispersed”, he lamented