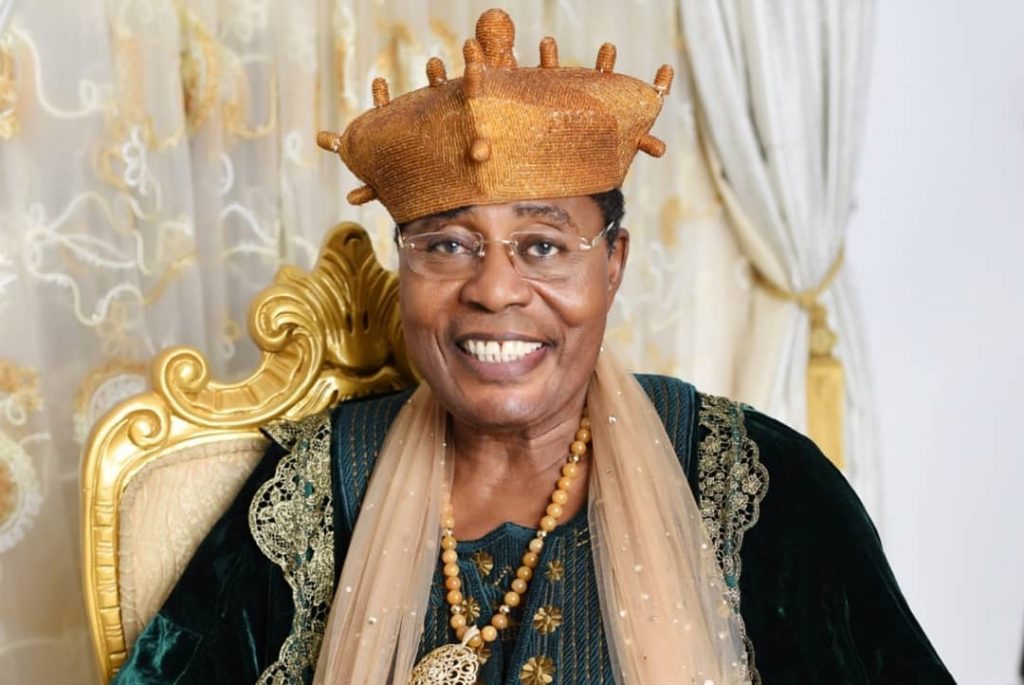 The attention of Olugbo’s palace has been drawn to a false publication making the round on the media space fuelled by Adebanjo Mafimisebi; published by Sahara reporter against His Imperial Majesty, Oba (Dr.) Obateru Akinruntan, the Olugbo of Ugbo, Ilaje, Ondo State.

It is pertinent to note that; Kabiyesi Oba (Dr) FEO Akinruntan CON, the Olugbo of the Ugbo Kingdom, who is the chairman of Ondo State Council of Obas and chairman of the Yoruba Obas Conflict Resolution Council, is a promoter and lover of peace, it is very disheartening for anyone to link Kabiyesi to such absurdity. Every claim made in the said publication was targeted to rub the reputation Kabiyesi has built over the years in the mud.

Kabiyesi condemned in totality and entirety the attack on his people. He said; “I have urged all relevant security agencies to investigate deeply. Anyone found culpable during the process of investigation must be charged to court and be allowed face the wrath of the law. I was also briefed that the prime suspect, who shot the gun has been apprehended by security agency.”

For over eleven years on the throne as King, Kabiyesi has maintained peace and tranquility within the kingdom. As a father and guardian, ordering an attack on resident of his community as falsely reported should be discarded. Moreover, the said house was not occupied by any of the victims and not even a private residence or palace of the deposed Olugbo Adebanjo Mafimisebi, former Olugbo who was deposed on the order of Nigeria’s apex court; Supreme Court in 2007.

Setting the records stright; the said residence is an ancestral home/residence of any reigning and incumbent Olugbo of Ugboland, where necessary traditional rites are performed. Ever since Kabiyesi Oba (Dr.) Obateru Akinruntan ascended the throne in 2009, he has been performing his traditional rites in the said residence. Recently, Kabiyesi used the ancestral home/ residence as the venue for the distribution of food items and cash worth millions of naira as palliatives to the sons and daughters of Ugboland as a result of lockdown caused by COVID-19 pandemic.

It is worthy to note that Kabiyesi has been using his wide network and influence to further concentrate on the development of Ugboland for more development and modernization. “It is important to let you know that the people of Ugboland are at home with the monarch and cannot be painted as being at war with his subjects as falsely claimed. He is always at peace with his people. Kabiyesi has warned that nobody will be allowed to cause breakdown of law and order in the Ugbo Kingdom, most especially, during this critical time. Kabiyesi urges sons and daughters of Ugbo to continue supporting the Kingdom and the government to ensure peace and development in the land.” Olugbo-in-Council disclosed.