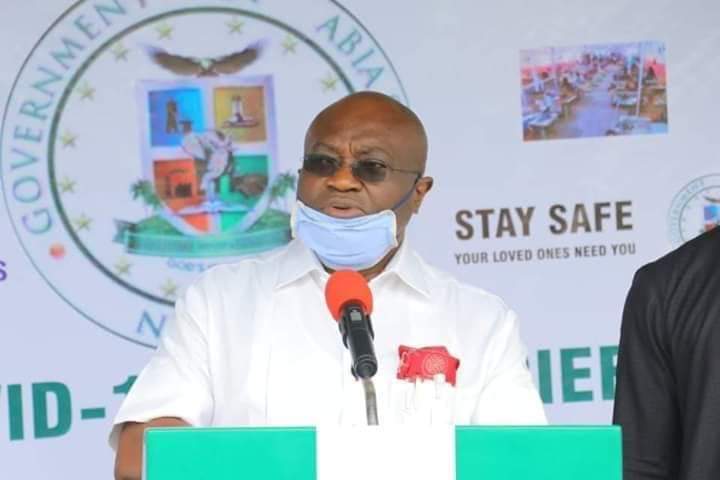 Abia State Government has warned the minister of information, Lai Mohammed, to desist from twisting the truth over the alleged extra judicial murder of one Mr Chibuisi Okameme, a petrol attendant in Aba by Inspector Osas Atsu of Ohuru Isimiri Police Station in Abia state.

The Abia state commissioner for information, John Okiyi conveyed the position of the state government in a statement made available to newsmen in Umuahia.

“Our attention has been drawn to a statement in the media credited to the Honorable Minister of Infornation, Alhaji Lai Muhammed, as published in some national newspapers to the effect that the late petrol attendant in Aba, Mr Chibuisi Okameme, believed to be a victim of extra-judicial killing, was not killed by a police man.

The Honorable Minister was quoted to have said, among other things that, “What happened was that the policeman hit a Keke Napep and while the people were protesting, another oncoming vehicle hit the petrol attendant leading to his death”.

Nothing can be further from the truth!
We wish to state categorically that information available to us suggests that one Inspector Osas Atsu of Ohuru Isimiri Police Division, Aba, allegedly shot and killed the late petrol attendant, Mr Chibuisi Okameme, of Green Mac Filling Station, New Umuahia Road, Aba, by aiming and firing live bullets at him in broad daylight and in the presence of many shocked eyewitnesses.

The police authorities in the state are currently detaining the suspect in preparation for prosecution after due orderly room trial. We are therefore shocked to read the statement credited to the Honorable Minister, as reported by the News Agency of Nigeria and published by several leading national newspapers. We believe that the Honorable Minister of Information may either have been misinformed or misquoted on the true state of affairs.

Abia State Government wishes to call on the Police authorities to expedite the arraignment of the alleged murderer of Citizen Okameme as we will not accept any cover up or conspiracy to do same from any quarters. May we reiterate that nothing short of justice for the grieving family and friends of the late hard working young man will be acceptable to us.

We also wish to call on the Honorable Minister to cross check facts of the matter with the police authorities and immediately issue the necessary corrigendum to avoid being seen as part of a potential plot to cover up a matter that is certainly of public interest and which also involves the painful loss of a human life through obvious abuse of firearms.

It is already a matter of public knowledge that the sad murder of Citizen Okameme is one too many involving trigger happy armed security agents in our state including the unfortunate murder of Mr Chimaobi Nworgu of Amaise Umuokereke Ngwa Village in Obingwa LGA.

We are however consoled that our insistence on justice for Late Chimaobi led to the dismissal and trial of the army officer involved. We will also not relent until justice is done in the instant case and others involving alleged extra judicial killings in Abia State”.

The information minister, Lai Mohammed, who is caught in this web of fake news, has being championing the war against fake news, with threats of arrest and imposition of heavy penalties on defaulting media practitioners.