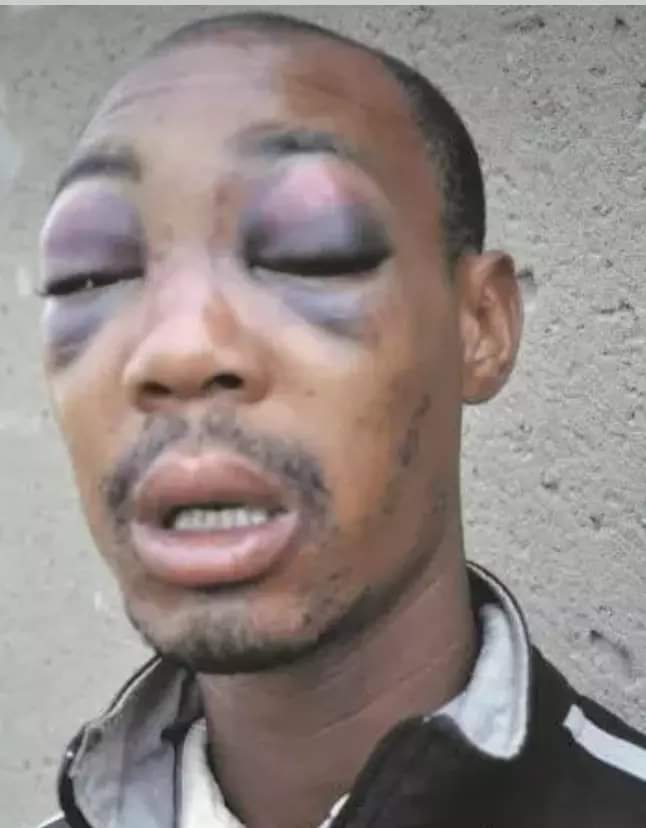 When Mr Badmus was narrating his ordeal,said he was out distributing bills to the residents who were at home due to the lockdown when he was attacked, though it was the bills that belongs to just three houses not to whole community which he supposed to have given the weeks ahead lockdown.

“I was busy distributing electricity bills to the three buildings and I was attacked by a group of people asking me to stop the unnecessary distribution of bills. Before I could even explain to them that the bills is not for everyone they started assaulting me, beating me with woods while some are matcheting me.

Though, we were two that left the office but the second officer has ran away , unknowingly that he went to report in the office. I was badly beaten without pity for discharging my duty, even when my colleague and some other colleagues arrived scene to rescue me into the vehicle, I was later rescued by my colleagues and two police officer.

We latter reported the attack at the Police Station after which I was taken to a nearby Hospital for medical attention.” he said