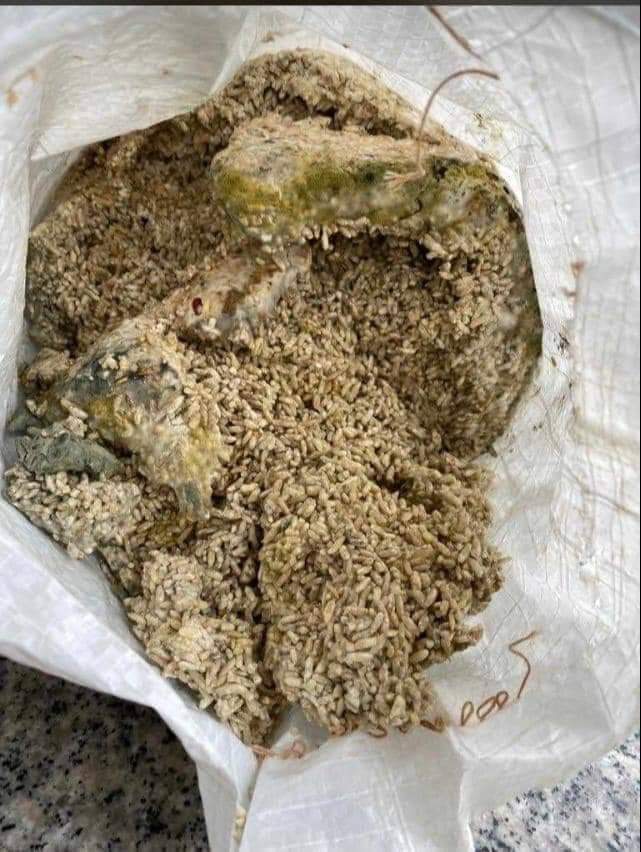 More facts have emerged on why the Oyo State Government decided to return the 1, 800 bags of rice donated to the state by the President Muhammadu Buhari to cushion the effect of Covid-19 pandemic currently ravaging the World.

The Oyo State Government, in a statement signed by the Special Adviser to the State Governor on AgricBusiness, Dr. Debo Akande disclosed that the rice have been infected by weevil and other pests making them unhealthy for human consumption.

The statement however generated instant criticisms from some section of the public who alleged that the State Governor, Seyi Makinde, being an opposition PDP member, was senselessly playing politics with the matter without considering the suffering of his people who are currently wallowing in the pains of hunger and starvation.

However, The Elite Times can confirm that the decision to reject the rice was taken yesterday during a virtual meeting held by the Nigerian Governors Forum presided over by their Chairman and Governor of Ekiti- State, Dr. Kayode Fayemi with the Vice-President, Professor Yemi Osinbajo, SAN.

Speaking to The Elite Times on Saturday, a close aide of Akeredolu who preferred anonymity said the Ondo State Government has rejected her own portion of the rice because 85% of it have been infected by pests and now green in colour.

“85% of the Rice has changed to colour green. We dare not share it to animals talkless of human beings, not even prisoners on death roll,” the aide said.

Asked why the state government chose to keep the story secret unlike her Oyo State counterpart, the aide said “we are in APC like Abuja people, we cannot address the public like Makinde who is a PDP Governor.

“The Fact is the governors unanimously pleaded with Makinde to fly the news and that’s why i am calling you to help us fly it that it is not only Oyo rice that is not good but all the six states. Osibajo has been briefed since yesterday. The rice is not good for human consumption.

“Lagos is not returning their own, they are dumping everything inside Lagoon; Osun, Ogun and Ekiti are returning their portions to Lagos where it was disbursed,” the aide concluded.