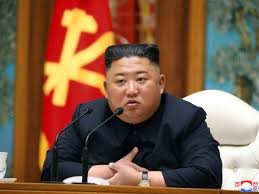 KIM JONG-UN, North Korea’s Supreme Leader is dead – according to multiple sources coming out of North Korea and the Far East, though due to the hyper-secretive nature of the pariah state the exact picture remains unclear tonight.

It was being reported as fact by media outlets in China and Japan that the 36-year-old dictator was dead. Other sources said he was on his death bed in a vegetative state with no hope of resuscitation after botched heart surgery.

Because of the nature of the ultra secret regime in North Korea claims of Kim Jong-un‘s death are very difficult to verify before an official state announcement.

However, the regime propaganda media platforms have maintained deafening silence on the health status of the Rocket Man.