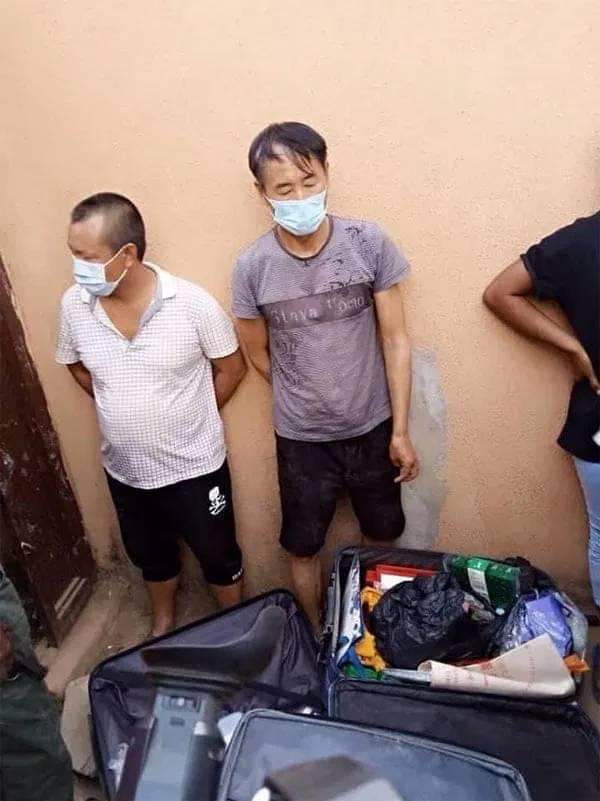 Two Chinese nationals identified as Wang and Chu, have been arrested by men of the Zamfara state police command for their alleged involvement in illegal mining of Gold at Nasarawa Burkullu village in Kwali, Bukkuyum Local Government Area (LGA).

They have been accused of going against the directive of the Federal government, that all mining activities be stopped in the state. The directive was issued on April 7th.
Confirming their arrest, the spokesperson of the state police command said the arrest followed a tip-off received by the police on April 19, that some persons including foreigners were engaged in illegal mining despite federal government’s ban on all mining activities.

“The information proved to be credible one as hundred of miners scattered as soon as they saw the team. Two labourers were however arrested who confirmed the presence of Chinese and Bulkinabe nationals among others.