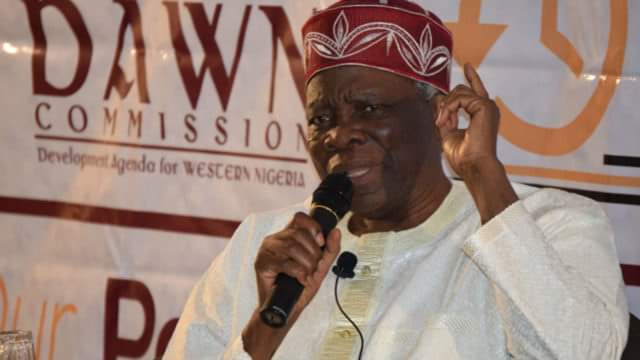 President of the Yoruba World Congress (YWC) , Prof. Banjo Akintoye has in a statement sent to newsmen announced that the Yoruba ethnic group has joined the Unrepresented Nations and Peoples Organization (UNPO). Stating that the Yoruba nation was welcomed as the 45th member nation of the organization.

He noted that this development represented a very important step in the collective quest of Yoruba people to achieve the goal of dignity and self-determination.

The YWC President-General, while expressing joy at the development, said the membership offered the Yoruba nation a voice on the international stage via the machinery of the international body which maintains a permanent presence before the United Nations (UN), the European Union (EU) and the United States of America.

In a letter addressed to Akintoye from the organization by their General Secretary, Ralph Bunche expressed his joy to welcome the Yoruba nation as a new member of the International Body and said that they are looking forward to working closely with the Yoruba people.

The Yoruba World Congress president, explained that the members will give the Yoruba nation an opportunity to participate in advocacy training, election monitoring, world wide cultural festivals, sports activities, among others.

This means that just like Catalona in Spain, the Yoruba nation can form a parliament and raise their flag.

Recall that the Leader of the Indigenous People of Biafra has been calling on the Yoruba nation to rise up and fight that Nigeria can no longer work. This development may spell doom for those who has always fought against Nigeria Break up. With the Yoruba nation joining UNPO to push their self determination as a nation, and IPOB diplomatic movement and visits to world power countries, the end is near to the Nigeria.

Members of the Unrepresented Nations and Peoples Organization that have gained full Independence and non full members of United Nations are Estonia, Latvia, Georgia, Armenia, Palau, and East Timor.