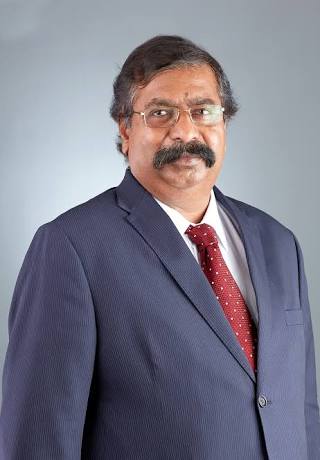 As workers globally marked the May Day, a case has been made for the collaboration between employers and employees to work out strategies to minimize the impact of the business shut down occasioned by the outbreak of Coronavirus pandemic.

President of the Chemical and Non-Metallic Sector Employers, Mr. Devakumar Edwin, is also a Group Executive Director of Dangote Industries Limited while commending Nigerian workers for their resilience said salaries of his companies’ workers are paid up to date despite the lockdown contrary to insinuations in a section of social media.

He urged other employers to protect their workforce on resumption of work in the face of the deadly scourge.

The Dangote Group top shot who was featuring on a Television programme “Business Morning” said the lockdown globally no doubt would have adverse effect on businesses but that the workers should not be made to bear the brunt saying no worker of Dangote Group has been laid off as a result of the current disruption of businesses.

Said he; “The outbreak of corona virus is also going to leave a long lasting impact on some economies that depend on crude as the price of crude oil is decreasing. But the crude oil users are going to benefit a lot because of the low oil prices.

“The short-term impact because of the shutdown or lockdown in various countries have taken people out of their employments and out of their businesses. However, in the next two or three months, I expect some of the business to revive, except for some countries that are facing some specific issues.

As the President of Chemical and Non-Metallic Employers of the Federation, which is the largest sub-sector of Manufacturers Association of Nigeria (MAN), I know many of our people are going to be affected because of lack of foreign exchange. But it is a reality because some company may suffer a long term impact of the lockdown, but others will pick up as soon as the lockdown is lifted.

He denied that salaries of Dangote Group workers at any level or subsidiary are being withheld because of the one month stay at home order by the federal government saying all staffers of the Dangote Group and its business units have been paid their salaries despite the lockdown.

According to him “It is obvious that many of the companies have gone for salary cut and quit a few companies have even laid off their staff. Therefore, the crisis is seriously affecting many companies and employers.

“But in Dangote Group, we have maintained all our staff, we have not sack any staff and though there have been a one-month complete shutdown, we have paid our salaries in full for all our staff.”

On the reports in some section of the social media that Dangote has stopped the salaries of its staff, the Group Executive Director who is in charge of Dangote Petroleum Refinery described it as rumours and outright fake news saying “although, things may be rough now, we believe that if we are able to maintain and retain our staff in this period of lockdown, we are going to reap the long-term benefits. Our action will boost the morale of the workers because the workers will now know that though, the company was not earning an income, it was still able to pay my salary in full.”

Mr. Edwin said as the President of the Chemical and Non-Metallic Sector employers said he has been advocating a win-win policy by the employers on resumption of works after the lockdown, noting that business disruption as a result of coronavirus is a global one.

He also denied that Dangote Industries Limited was not observing the lockdown pointing out that only the businesses of the Group that are essential have been operating like the Port Services, Sugar and Salt plants both of which belong to the food sector and that in doing so official laid down protocols and WHO standards were being followed to the letter.

“No doubt t that this is a hard time for the employers and employees. In our essential food businesses, we arrange transportation for staff taking into consideration the social distancing policy, washing of hands free masks and observance of utmost hygiene during operation.

“As a matter of fact given where some of the staff live, the atmosphere at work is even more conducive for them than when at home.  Much more so that it appears counterproductive for them to stay at home especially where some share a room.”