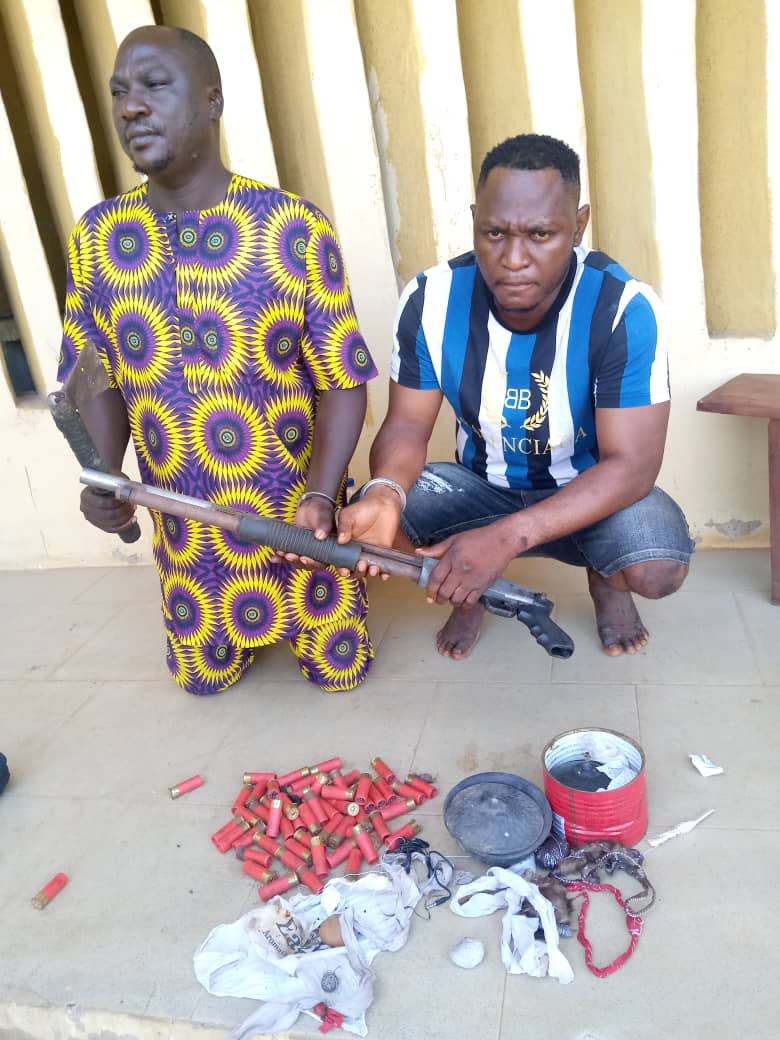 The Police imagemaker, DSP Idris Hauwa said the rise in cult activities around Ikorodu axis of Lagos state in recent time caught the attention of the Zone that some criminal elements took the advantage of presidential order to lockdown Lagos, Ogun and Federal Capital Territory (FCT) for their criminal activities, thereby terrorising, robbing and molesting members of the public.

Based on this, the pragmatic security chief, AIG Iliyasu ordered some tactical units of the Zone to gather intelligence and information leading to the apprehension of the cult leaders and members terrorising the public, adding that information gathered led the arrest of one Mukaila ‘m’ a.k.a. Actor a suspected cult leader terrorising Maya, Itele, Igode and Adamo areas of Ikorodu, Lagos.

Iliyasu added that a team of operatives attached to Zonal Monitoring Unit stormed the house and hideout of the said Mukaila; where a Pump Action Gun, 55 live cartridges, a locally made axe and assorted charms were recovered while one of his boys was arrested adding that nvestigation is in progress and actions being expedited to arrest other fleeing suspects.

However, suspects will be charged to court upon completion of investigation, he stated.