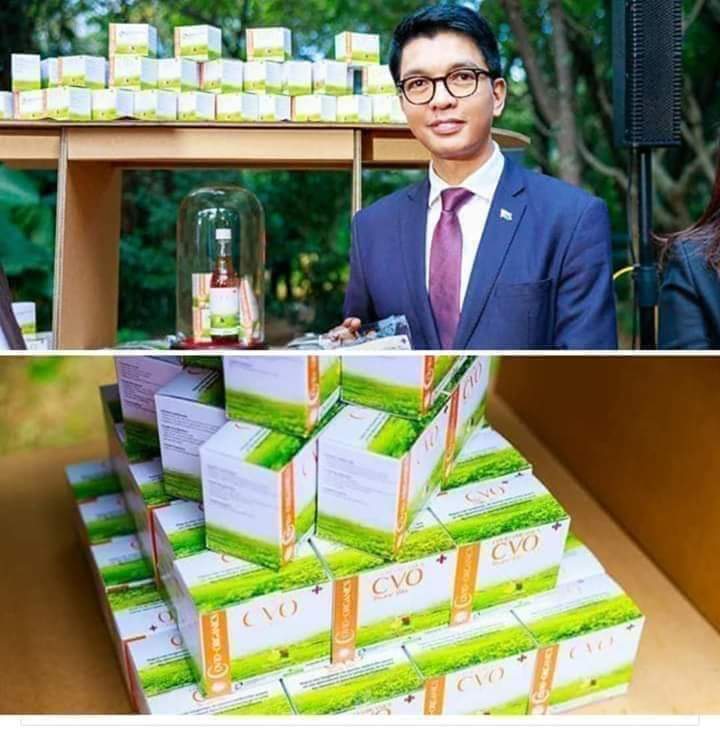 Malnutrition killed more Biafrans than bombs and bullets during the Civil War until some paediatricians led by Theodore Chukwunyere Okeahialam, Winifred Kaine and Aaron Ifegbuni came out with what became known as the Kwashiorkor Mixture in 1968. It was a formula made by Africans with no foreign contribution and quoted in medical journals outside the continent.

The World Health Organisation [WHO] later adopted the formula and gave it a different name. That is exactly what the world body wants to do with the coronavirus cure, Covid-Organics, facilitated by the Madagascar Institute of Applied Research [MIAR].

During the Nigerian Civil War, WHO sat idle in Geneva while millions of Biafran children starved to death due to blockade by the Federal Government. All air and sea routes were taken over by Lagos leaving Col. Emeka Ojukwu and his war commanders helpless in the bid to stem what they regarded as aggression. Biafran doctors and engineers found a way out of the mess.

Okeahialam, from Otulu, Ahaira-Mbaise who is now a retired professor of Paediatrics said :”We discovered that if you add crayfish to certain leaves, you could increase protein intake and that was what we used in treating children. We used crayfish or dried fish, ground it to powder, mixed it with milk, oil and some other chemicals and came out with what I called kwashiorkor mixture. We administered the mixture to these hapless children through gastric tubes, especially those that came in very ill”

Treating the children was one step forward but Nigerian Air Force fighter jets, piloted majorly by Egyptian pilots targeted the sickbays were the weak were kept and bombed life out of many of them. The Biafran engineers found a way out. In less than three months, three new airports were constructed at Uli, Uga and Obilagu. The brain behind this was Engineer Clement Chukwukadibia Onyemelukwe, from Nanka.

Uli Airport started taking in relief supplies after Swedish philanthropist, Count Gustaf von Rosen, made the risky inaugural flight in August 1968 from Sao Tome. The Airport, better known as Anabelle became the second busiest in Africa. Dare devil pilots risked their lives as Nigerian bombers kept vigil. It was sheer ingenuity that flights touched down and goods were evacuated under the cover of darkness.

There was nothing from WHO to save the suffering children of Biafra. It was left to such agencies as Caritas, Oxfam, World Council of Churches [WCC], Save the Children Fund, Irish Catholic Fathers and Joint Church Aid [JCA] to show support. JCA chartered relief flights and named them Jesus Christ Airlines. Many volunteers moved into Biafra on some of these flights.

As a result, a Hospital and Rehabilitation Centre was opened in Libreville, Gabon under the supervision of Okeahialam. About 30,000 children were taken out through Uli in cargo planes which still had to evade menacing Nigerian fighter jets. Some of the kids were moved to Saint Andre Refugee Centre, others to St. Marie Cathedral.

You cannot rule out international conspiracy as the corona virus is also showing today. President Andry Nirina Rajoelina has alleged that the Malagasy were offered millions of dollars to poison the Covid-Organics manufactured by them. WHO apparently forgot that you have more plant species in that country than any other part of the world and some of these species can only be found in Madagascar.

President Donald Trump has suspended United States support to WHO and is even thinking of not offering free American cash to a global organisation that has done little to save lives but seems interested in controlling world population through very dubious means.

Biafra survived some strange antics following the establishment of the Hospital and Rehabilitation Centre in Gabon. Early in 1969, there were allegations that Ojukwu was using the place as a cover to train child soldiers. About 15 international journalists flew into Libreville to see things for themselves. Gabonese President, Albert Bongo, welcomed the visitors and the Biafran Representative in Gabon, Hyacinth Ugwu, took them round the centre.

According to Prof. Okeahialam, some of the journalists broke down when the Kwashiorkor children welcomed them with songs as the y hailed ‘Le Dieu du Biafrae’ [The God of Biafra ] who had kept them going in a foreign land. Instead of arms, the visitors saw food and drinks. When they returned to their respective countries, they duly informed the world that lies were doing more damage than kwashiorkor.

Biafra had medical challenges all through the war and not once was anyone flown out for surgery. There were great doctors like Fabian Udokwu and Festus Nwako who discovered that fresh coconut water could be used as intravenous fluid to treat traumatised soldiers in emergency situations. Professors Elsie Obiayo and Humphrey Anyanwu were paediatric and heart surgery specialists respectively.

Even first year Medical students turned emergency surgeons and saved lives. Many of those students went back to complete studies at Medical School after the war and today some of them are renowned professors. Many would not believe that Capt. Ogbo Oji braved injury, left the hospital and went back to the battle field convinced that the job done on his injury could carry him through. He survived the war as a colonel.

It is quite unfortunate that Africans do not believe in themselves. The WHO Director-General, Tedros Adhanom Ghebreyesus is from Ethiopia. He is the first non physician to head the world body. Our own Prof. Thomas Adeoye Lambo, nearly made it to the top when he was appointed Assistant Director General in July 1971. The Ethiopian who trained in Biology, Immunology and Community Health respectively outside Africa is not looking inwards.

During the Civil War, Biafran engineers produced rockets without smoke, extracted petrol from coal, built silencers, caused writing inks to flow out of herbs and recycled used bullets. Felix Nwankwo Oragwu, Sylvester Akalonu,, Mark Chijioke, Fabian Ekezie, and Clifford Ezeilo among many others could have been useful to Nigeria and by now the country would not be looking for where to buy rockets in the black market.

Nigeria is buying drugs from Madagascar today, not a bad idea but we can still look inwards. Abandoning Professor Maurice Iwu in Imo does not help. This man has what it takes to save the African continent from the Corona Virus. Those who see him as an INEC professor do not mean well. Iwu was forced into electoral politics, he is more useful in the curative field.