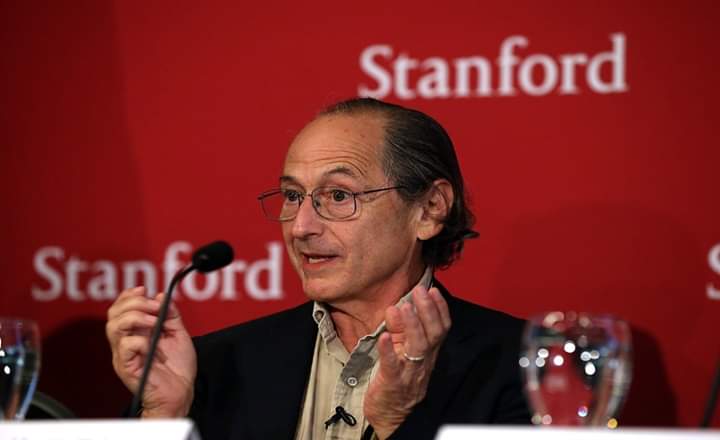 The coronavirus lockdown could have caused more deaths than it saved, a Nobel laureate scientist has claimed.

Michael Levitt, a Stanford University professor who correctly predicted the initial scale of the pandemic, suggested the decision to keep people indoors was motivated by ‘panic’ rather than the best science.

Professor Levitt also said the modelling that caused the government to bring in the lockdown – carried out by Professor Neil Ferguson – over-estimated the death toll by ’10 or 12 times’.

Prof Levitt told The Telegraph: ‘I think lockdown saved no lives. I think it may have cost lives. It will have saved a few road accident lives, things like that, but social damage – domestic abuse, divorces, alcoholism – has been extreme.

‘And then you have those who were not treated for other conditions.’

Professor Levitt, who won the Nobel Prize for chemistry in 2013 for the ‘development of multiscale models for complex chemical systems’, has said for two months that most experts predictions about coronavirus are wrong.

He also believes that the Government should encourage Britons to wear masks and find other ways to continue working while socially distancing instead.

Prof Ferguson’s modelling, on the other hand, estimated up to 500,000 deaths would occur without social distancing measures.

Prof Levitt added: ‘For reasons that were not clear to me, I think the leaders panicked and the people panicked. There was a huge lack of discussion.’

The 73-year-old Nobel prize winner in not an epidemiologist, but he assessed the outbreak in China at the start of the crisis and made alternative predictions based on his own calculations.

Although Professor Levitt does acknowledge that lockdowns can be effective, he describes them as ‘medieval’ and thinks epidemiologists exaggerate their claims so that people are more likely to listen to them.

His comments come as other scientists working in the same field also reported that they couldn’t verify Prof Ferguson’s work.

David Richards, co-founder of British data technology company WANdisco said Ferguson’s model was a ‘buggy mess that looks more like a bowl of angel hair pasta than a finely tuned piece of programming’.

Mr Richards said: ‘In our commercial reality we would fire anyone for developing code like this and any business that relied on it to produce software for sale would likely go bust.’

University of Edinburgh researchers also reportedly found bugs when running the model, getting different results when they used different machines, or even the same machines in some cases.

The team reported a ‘bug’ in the system which was fixed – but specialists in the field remain staggered at how inadequate it is.

Four experienced modellers previously noted the code is ‘deeply riddled with bugs’, has ‘huge blocks of code – bad practice’ and is ‘quite possibly the worst production code I have ever seen’.