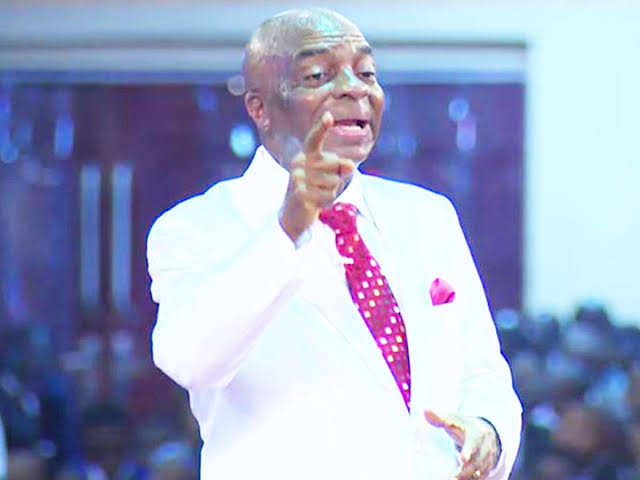 According to reports from Punch, in a YouTube video posted by the church’s official page, he made this call on Sunday at its headquarters in Ota, Ogun State.

Speaking on the theme, “Enough is enough,” he said, “

When I was talking in 2015, people were saying my own was too much, now everybody can see what’s happening. What has moved forward in anybody’s life? You don’t know it’s war. Why are they attacking the Christian communities? Why has nobody been arrested? I can tell you this, the authorities and the powers that be are behind them.

“I will never be partisan; Jesus got me out of it in 1984. But I
will not be alive to see innocent people massacred.

“We must wake up and push this evil back. Not one of those so-called herdsmen – they are jihadists – has been brought to
book till date.

“Herdsmen don’t shoot; they have been here all along. They are
just taking cover under the herdsmen to assault innocent
citizens.

“They wake up in the night and slice innocent children to pieces. Yet, you have a government in place. What!
“The most honourable thing for any non-performing leader to
do is to resign.

“The most honourable thing is to resign. That’s my own for Mr
President. Resign! Get out of office!
“Even our Islamic friends in the North are calling on him (Buhari) to resign. Because that’s the noblest thing to do. Or are we going to look at one system destroy a whole nation?”
Oyedepo also warned Nigerians against the ceding of land to the Fulani herdsmen for ranching.