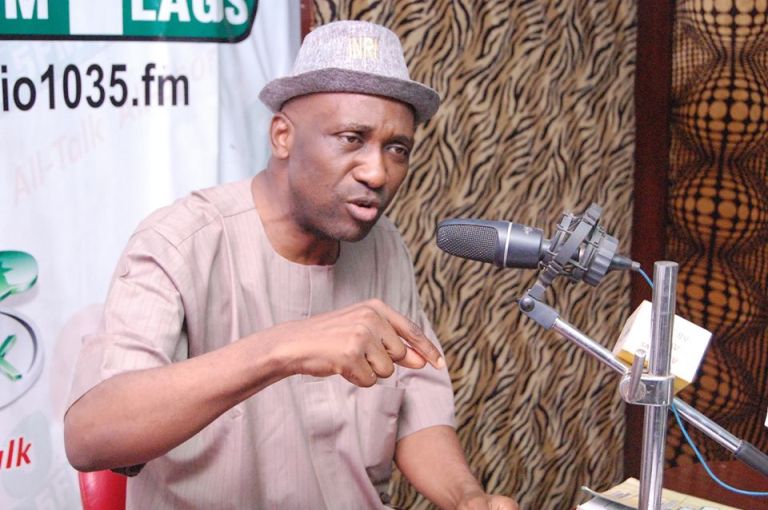 The leader of INRI Evangelical church has showered praises on the president of United states of America, Donald Trump for his recent declaration that religious houses i.e churches and mosques should be opened for the sake of prayers.

The president made it known that America needs prayer more than ever and It is not a time to close down religious houses, especially for the fact that abortion homes, liquor stores remain open.

Also, the man of God hailed the general overseer of Living faith church worldwide AKA Winners chapel, Bishop David Oyedepo for his comments on the closure of churches in Nigeria.

Bishop Oyedepo, some weeks ago frowned at the closing of churches in Nigeria

‘There is something wrong. For people to be allowed to be in the market for six hours and can’t be in church for two hours, it is an upside-down way of looking at things.

I don’t know what hospital that records the kind of healings that the church of God records. And now hospitals, where people die every day, are open, but the church is closed because the oppression of the devil has no medical cure.’’

According to Primate Ayodele, Oyedepo has not lost the word and all his activities during this pandemic is commendable.

He also commended the President of Tanzania for opening churches, and also some governors in Nigeria for their courage toward opening of religious houses even in the midst of the pandemic.

‘I salute Donald trump, Tanzania president, governors in Nigeria who have the courage to open churches with social distance. Even the South African president, our president is yet to talk. He should know that he is the president of the most populated country in Africa, he has not been performing well in Covid-19, his government has failed In this area.

Bishop David Oyedepo has done very well in this period, his activities has been fantastic, we need people like him in the Christendom to do something meaningful for Christians’’

It would be recalled that since the lockdown began, Primate Elijah Ayodele had been clamouring for the opening of churches so that people can pray to God together against the global pandemic. He had also said that the pandemic won’t go anytime soon, until God’s appointed time.

Similarly, he revealed that in Nigeria, the cases recorded will still surpass 10,000, he made this known few months ago.

However, Primate Elijah Ayodele has frowned at the approach President of the Christian Association Of Nigeria, Supo Ayokunle towards Covid-19, in relation to christians in Nigeria.

The man of God made it known that the association has kept quiet because of the stipend they get from the government and that the right thing has not been done.

He explained that the CAN President has nothing to offer christians in Nigeria because he is not spiritually loaded. He also called for his removal and replacement by someone like Bishop David Oyedepo

‘’ CAN President is just a puppet, he should be removed, he has nothing to offer Christians in Nigeria, it is quite unfortunate that we give people who are not spiritually inclined to be leaders , I am not being abusive, we need people like oyedepo to lead the Christian association.

When other people are opening churches in parts of the world, he could not say anything because of the stipend the government is giving him.

There is trouble in Christianity in this country, look at Tanzania president, he has opened churches, they are not even using facemasks there, but our CAN President is just a disgrace to Christendom, he is an empty barrel, he has not demonstrated anything.

CAN Has not offered prayers, nothing during this crisis, it’s a time to call on clerics to pray for the nation but he didn’t do any of that, rather he sidelined some pastors , there is no co-existence in Christendom.’’

Also, he reinstated that if churches remain closed, there will be more havoc, more death relating to Covid-19.

Furthermore, he gave kudos to Lagos state governor, Babajide Sanwoolu for his activities in the midst of the pandemic, while noting that lockdown isn’t needed anymore.

‘’ I give Kudos to the governor of Lagos state because in his own little way, he has been able to put things together, to curtail the spread, I say well done to him and some other governors.

Covid-19 is going to expose our government financial management. My advice is that the government should know we don’t need lockdown anymore, human activities have locked down too, we only need solution to this which is prayer. The covering of nosemasks, use of sanitizers will only increase it, some of those things are infected already , it will cause another virus, it will go at God’s appointed time’’

It is worthy of being noted that due to the effect of Covid-19 on the world economy, oil price has drastically reduced, however, The man of God has stated that soon, oil price will start coming up

In the same vein, he issued a strong warning to the southern part of the country against Alamaji. He made it known that Almajiri is a northern agenda, south should be careful and God will help them even though they have sold themselves to the north because of power.

Primate Elijah Ayodele had given several prophecies in the midst of Covid-19 which have come to pass, some of them include the issue between WHO and United State, which has led to a break in their relationship, hunger in the world, death of notable personalities, World health organisation troubles, killings, to mention a few.