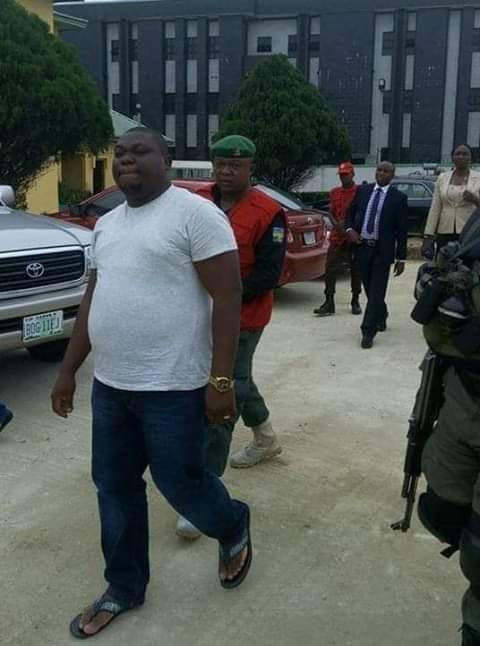 “After it was learnt that Barr. Alabah George Turnah was arrested by the EFCC, youth gathered themselves and stormed the EFCC office to protest, describing Turnah’s arrest as an act of injustice, saying he is a good man with a good heart. They stayed there demanding his unconditional release.

The EFCC South-South Zonal head, Ishaq Salihu, instead of pushing away the protesters, called them together and began to educate them.

These were the words: “If I tell you all how this young man has contributed to the underdevelopment of your region, you youth will be ashamed to be here. I believe George has so much to tell why the EFCC is after him, now let me ask you:

These and many more facts we have in our possession, as time progresses, more will be revealed. Now I ask you, do you still think he was really a good man with a good heart?

Do you still think his intentions for Ogbia people were good? Do you think he is worth protesting for?

Because he gives you crumb from the billions he has stolen, is that enough to call him a good man?

Have you all pondered and ask yourself if Ogbia or the youth would have been the same way it is now, if only he spent half of the money? I ask you again, you think he is good for giving out crumbs? You think he is good for depriving you of what is yours? Don’t your mothers and fathers in the village deserve better life?

Next time, before you join this kind of protest, ask yourself what his sources of income is as compared to his flamboyant life. I will leave your conscience to communicate with you”.

Immediately the EFCC south-south head ended his speech, the protesters were all cold, they could not utter a word again, one by one, they started dropping their placards, and before you know it, even his close associates who were all there, were shocked at the revelations, they too threw away their placards, everybody went back home.”