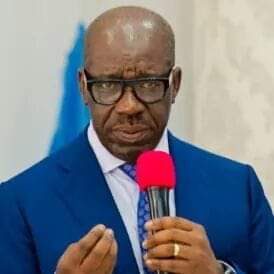 Governor of Edo State, Godwin Obaseki, has signed a new gazette, banning social gathering involving more than 20 persons in the state without his explicit approval.

The governor also approved the Samuel Ogbemudia Stadium, Benin City, the State capital as the only facility for any political party desirous of gathering for the purpose of primary elections.

This may have put paid to the proposed direct primary election by All Progressives Congress (APC) to elect its governorship candidate in the State.

The gazette, claimed by the state government to be a product of an epidemiological study that predicted that COVID-19 infections in the state would peak around the June 28.

It made special conditions for gatherings of at most 5,000 people subject to the written approval of the Governor.

These 5,000 persons who may gather for political reasons must assemble in Benin City and in a single facility with capacity for not less than 10,000 persons, according to the gazette.