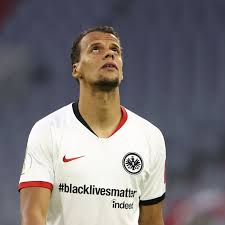 Players from all 20 Premier League clubs released a joint statement Friday saying the nameplate on their kits will be replaced by the statement “Black Lives Matter” when the 2019-20 season resumes next week.

“We, the players, stand together with the singular objective of eradicating racial prejudice wherever it exists, to bring about a global society of inclusion, respect, and equal opportunities for All, regardless of their color or creed,” the statement read. “This symbol is a sign of unity from all players, all staff, all clubs, all match officials and the Premier League.”

The Premier League confirmed it supports the players’ jersey decision, which will affect the first 12 matches of the restart through June 22, and stated the league will include a Black Lives Matter patch on all uniforms for the remainder of the term.

It also provided clearance for any player who wants to kneel before the start of a match.

“The Premier League believes there is no room for racism, anywhere,” it said in a statement.

The announcement comes amid worldwide protests focused on ending racial injustice and police brutality after George Floyd, a 46-year-old black American, was killed while in police custody on May 25.

“This is the most important thing at this moment in time because this is something that is happening for years and years. Just like the pandemic, we want to find a solution to stop it,” he said. “At the same time, this is what all these protesters are doing. They are trying to find a solution and a way to stop the injustice they are seeing, and they are fighting for their cause.”

Premier League play was halted March 13 because of the COVID-19 pandemic. It’s scheduled to resume Wednesday with two matches: Aston Villa vs. Sheffield United and Man City vs. Arsenal.