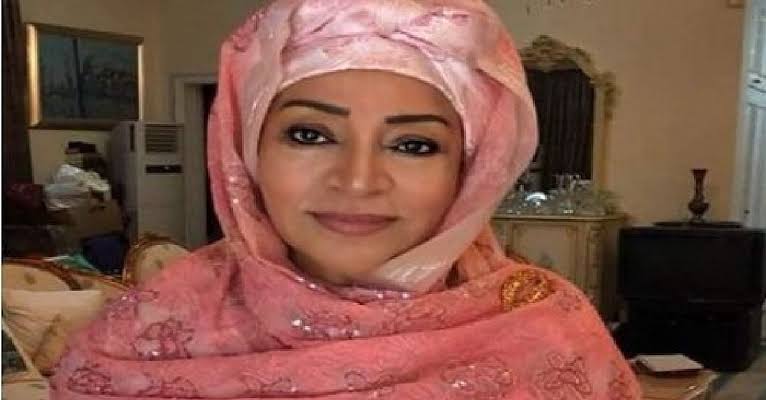 It is wrong to lie against my late husband, Maryam Abacha, wife of late military head of state, Sani Abacha, said in an interview with KANO FOCUS.

Maryam was reacting to the recovered money stashed in Switzerland, Jersey Island in United Kingdom, United States and Liechtenstein, by her late husband.

She argued in favor of her late husband, saying that while Abacha was alive, no one called him a thief. Irked by what people say, Maryam, opined that Kano elites disappointed her late husband. Her words, “I hope Kano People will realize that Sani Abacha was their son.

“And this man was born in Kano, Sabon Gari and later he came to Fagge and grew up but his name is Abacha- a Kanuri name from Borno. He has marks, Kanuri marks on his face but he chose to be Kano man.

“And he worked for Kano and he planted Kano people but there are people that he helped a lot but they are not even greeting me now for no reason. They just hate us! But why? This is a very bad attitude. It is Haram and Allah is watching us.

“If he had done wrong, God knows. If other people are putting the wrong on him, it is a matter of time.