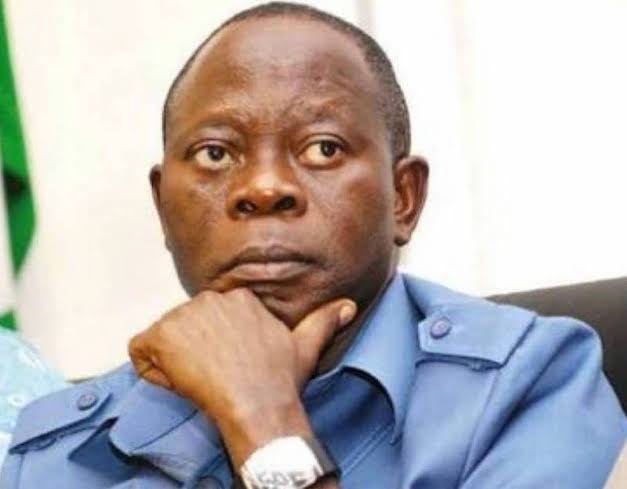 The Court of Appeal in Abuja has upheld the suspension of Adams Oshiomhole as the National Chairman of the All Progressives Congress (APC). An FCT High Court had on March 4 granted an application by six members of the APC in Edo State suspending Oshiomhole from office.

A three member panel of justices led by the President of the Court of Appeal, Justice Monica Dongban-Mensem held that Oshiomhole’s appeal challenging his suspension was unmeritorious. This is coming on the same day Governor Godwin Obaseki of Edo State resigned his membership of the APC, after meeting with Prof. Ibrahim Gambari, the Chief of Staff (CoS) to President Muhammadu Buhari at the Villa.

Obaseki had met with Gambari over his disqualification from participating in the primary of the APC. Obaseki was disqualified by the screening committee of the APC on Friday. His disqualification was said to be due to discrepancies in his results. Obaseki and his predecessor, Oshiomhole  have been at loggerheads over the governor’s second term bid and other issues. The feud between Obaseki and Oshiomhole has polarised the party in Edo State. Obaseki asked Oshiomhole to recuse himself from the nomination processes of the primary but the party did not act on his request.

The faction loyal to Oshiomhole endorsed Pastor Osagie Ize-Iyamu as its consensus candidate for the June 22 governorship primary election of the party. The Peoples Democratic Party, PDP has expressed willingness to accept Obaseki if he decides to join the party but said he won’t get automatic ticket to run for a second term. APC govs fail to rescue Edo gov A last-minute meeting convened to discuss the moves to rescue Obaseki has failed  as the National Working Committee (NWC) of the ruling All Progressives Congress (APC) yesterday said that it would go ahead with June 22, 2020 governorship primary election. The APC National Chairman, Comrade Adams Oshiomhole, fielded questions from State House reporters yesterday after a meeting with the Chief of Staff (CoS) to the President, Prof. Ibrahim Gambari. The meeting was attended by the Chairman of the Progressive Governors’ Forum (PGF) and Governor of Kebbi State, Atiku Bagudu, as well as four members of the APC NWC. Bagudu, who represented the APC governors at the meeting, did not wait while Oshiomhole was speaking with journalists after the meeting. The meeting, it was believed, discussed the fallout of the disqualification of Obaseki from participating in the state governorship primary election. Oshiomhole, who said the APC had followed all necessary guidelines and standard practice required ahead of the primary, expressed optimism that the process would be “free, fair, and transparent” and produce a candidate that would unify the party. Asked whether the APC was ready for Obaseki’s exit, Oshiomhole said: “I don’t know about exit.” On the gazette signed by Obaseki, banning political gatherings that could make direct primary possible, he said,” we will find a way round it. He is our governor. We are law abiding. But if PDP can conduct activities across 192 wards with the same law, I don’t think our governor will discriminate against his own party.”