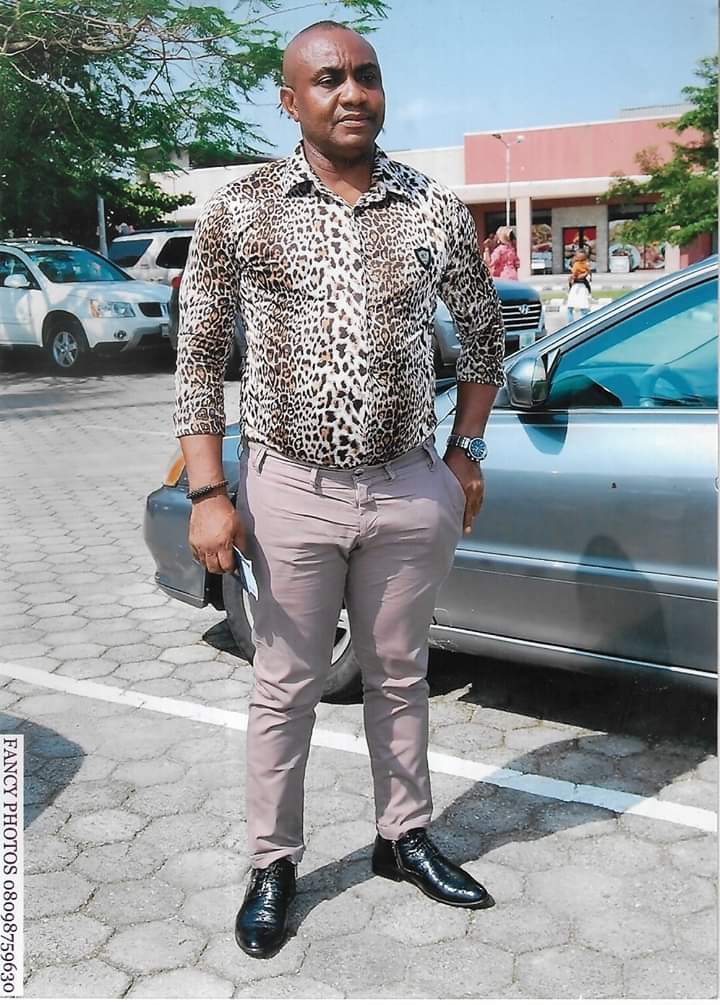 Don, a child of seven years, was about to turn eight early this month, on June 7. He was full of expectations for his eighth birth-day. He was hoping that his father, who had ‘travelled’ would return early enough to throw a birthday party for him. He could recollect his last birthday and how his dotting father had made the day memorable. He was really looking forward to the day…and the return of his father.
On Sunday morning, June 7, his birthday, the family had a large number of visitors early morning. They were men and women, wearing long faces. No one was wishing him happy birthday, and why were some crying? Well, he thought in his innocence, probably in preparation for the return of his father.
But unknown to Don, his father would never come home. The day before his eighth birthday, June 6, his father, Godwin Chukwudi Julius, had died under circumstances the family would later describe as unacceptable while under detention by the Nigerian Police’s State Criminal Intelligence Investigation Department (SCIID), Panti, Lagos.
While Don has forever lost a loving father, the royal family of Akano, in Isu, Nwangele council area of Imo State has lost a son and it is asking the Nigerian Police for an explanation.
According to the spokesman for the family, Mr. Nnamdi Akano, the late Julius, despite obvious signs of serious illness and complaints, was denied medical help until it was too late. He says the police should not have denied his brother medical help. “He ought to have been given or allowed medical help and then face whatever charges the police have against him. He was an importer, a bread winner for his family with a wife and four children that are now left to bemoan the crude fate that befell them and a future without their beloved father,” he said.
Obinali Osunwoke was an eye witness as the ill-fated drama unfold and gave his account: “ I was arrested a day after my brother Julius and I was with him throughout the period of his detention until he died. He gave a detailed account of what happened: “I was picked up on Saturday, May 23. From the first day we were arrested and our people came to bail us, the police refused to grant us bail. The case was directly under ASP Oketunji. My people went and requested bail for us while the police continued with their investigations. He refused, so they approached Deputy Commissioner of Police (DCP) Longe who is the head of Panti Unit. When they met the woman, she said she could not do anything and that the police should be allowed to do their work. That was how we were detained.”

On how the illness of the late Julius started, Osunwoke said: “First, the cell was overcrowded. Sometimes some people will collapse. While we were still in detention, three people collapsed. They brought them out but we don’t know what happen to them subsequently because we were inside the cell. There we slept was just anyhow you happened to find yourself, either sitting, standing, kneeling down, just like that until the next morning. We were lumped together with people accused of murder, rape, robbery, kidnapping and other cases. The cells were not categorized.

“Right from when he was detained, my brother had been complaining of not being strong to our Investigating Police Officer (IPO), Mr. Adebowale . To be honest with you here, the IPO, as a human being, was very good to us. He did everything he could. When we talked about drugs, because Julius was hypertensive, the IPO will go and bring them. After some times he complained of being feverish. We got him Malaria medicine. He was taking it daily. It was not making any impact and he kept on complaining that he was not strong. The IPO relayed the complaint to his immediate boss. He told his boss that my brother was not feeling well. The IPO was instructed to take him nearby pharmacy. There is a pharmacy opposite the Panti Fraud Unit office. We took him to the pharmacy; they checked and gave him some drugs, including antibiotics. He paid about three thousand naira. He was brought back. But his condition did not improve but rather got worse.

“While in the cell, we don’t wear any clothes, only boxers. We stayed on the bare floor. Despite the drugs, he was still complaining. It continued getting worse. Last week’s Wednesday…, when our people came, we told them his condition was deteriorating. On that same day, the police took us court to get an extension of the period of our detention. The court asked us to come back last Friday. When the police lawyer read what they were asking for, our lawyer explained to the court that we’ve been detained for more than 15 days for an alleged offense that a person could be bailed. The lawyer also drew the court’s attention to the precarious health condition of my brother. The judge gave the police permission to detain us for an extra 21 days.

“Immediately we came out from the court that Friday, his condition became worse. The IPO saw the condition when we returned back to Panti and called his boss again explaining the condition of my brother. When his boss came upstairs to where we were, he asked them to call somebody I presume to be a doctor. He had a thermometer on his neck. He asked my brother what was the problem and my brother started explaining. The medical personnel they called said mere looking at my brother, he was not strong. He said was not going to examine him, talk less of treating him. He asked the police officers whether the of fence was bail able. The police said it was bail able, he advised that he should be allowed to go home and treat himself. The only thing the man did was to examine his eyes. The IPO’s supervisor met us there, took the medical personnel out for a private discussion. When he came back, supervisor instructed the IPO to take my brother to the Obalende. The hospital at Obalende rejected him; from there they took him to Yaba hospital. I didn’t go with them. After about 40 minutes, they came back, that was between 6:30pm and 7pm, that Saturday. The IPO called his bosses. When they came, a senior police officer, a lady shouted he should be taken to Falomo Police Hospital. She also instructed that I should go with them and hold my brother. We took him to Falomo Police Clinic. When we got there, they called the doctor that was to examine him. After the doctor’s examination, he said that he was not going to admit him, that couldn’t they see that he was not breathing normal? That was at Police hospital Falomo. The doctor also asked if the offence was not bail able. The IPO said it was bail able. The police doctor at Falomo advised that they should try and bail him so that he would go and meet his doctor for proper medical treatment. The doctor told them categorically “Please, Do not put him back in cell; don’t put him in a crowded area.” The doctor also wrote some drugs.

“When we came back to the Panti, he went upstairs to inform the DCP Longe of the situation. He came back to tell the officers on duty that DCP Longe instructed we should be detained at where they call ‘Open Cell’. It is not the main cell. Those at the counter said they had no such instruction from their boss. When we got inside the cell, I sat in the open place. They wanted to take us inside; I was complaining to them that madam gave instructions we should not be taken in there, that my brother was sick. They didn’t listen and asked me if I was the one to teach them their job and tell them where to keep him. My brother was trying to explain with difficulty. The hit and pushed us into the main cell. After sometime, one of the officers on duty instructed that my brother should come to the open cell. I told them to allow me to come out since I will be the one to be monitoring his condition. They refused. I was able to be observing him through the gate to the main cell. Throughout the night, he was snoring and coughing. I was hearing the noise.

“Around 3:00am, the officers were then convinced that he was seriously sick, the asked for his IPO and we told them. They asked me to come and stay with him. He managed him until around 6:00am, when those on morning duty took over and it was time for head count. They also asked who my brother’s IPO was and I told them. The called him and he came around 9:00am. We were brought out and told to wear our clothes. My brother was shaking feverishly and breathing with difficulty.

“He made a call to ACP Oketunji and requested that we should go home because of his condition. He instructed that he should call our people but that my brother should be rushed to Yaba Military Hospital. They brought a car, I was holding him. They took us to Yaba Military Hospital. While on our way, Oketunji was calling, trying to monitor the condition. I was also calling my people.

“When we got there, it took about one hour to get his details. It was not treated as emergency. This was between 10:30am and 11:00am. My brother was breathing with difficulty and sweating profusely. They went and brought oxygen tank, and put oxygen mask on his nose. He took a deep breath, slumped and died. The doctor tried to resuscitate him, but later was saying there was no life. “

“After sometime, they came again removed the face mask and brought something like cotton wool, opened his mouth, the pushed the long thing and brought it out. They also asked me to open his nose. I told them that nobody should come and tell me that he is COVID-19 positive, he is not.”