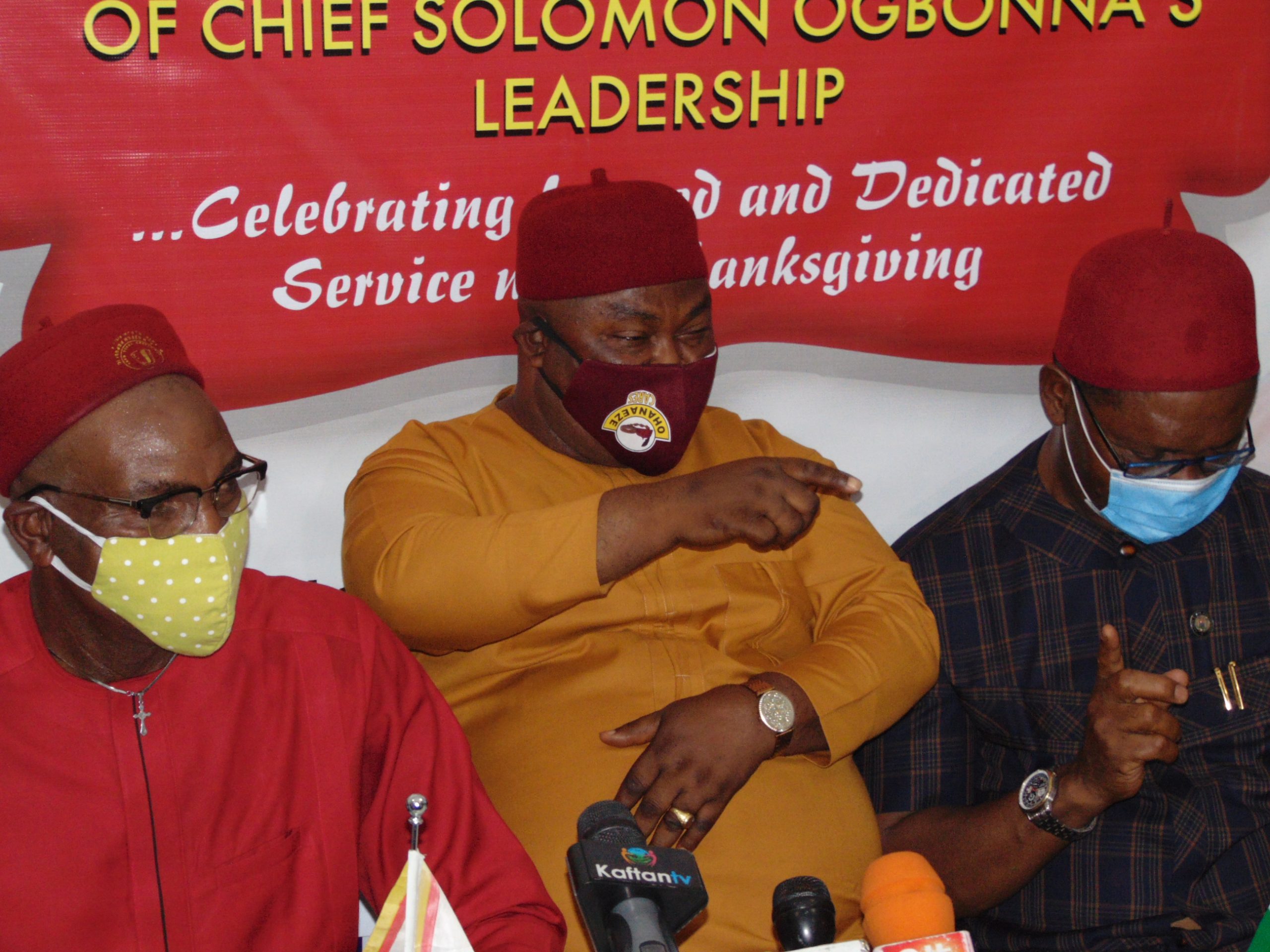 Igbos in Lagos State has lambasted some disgruntled elements spreading false allegations about the present progressive president of Ohanaeze Ndigbo, Lagos State, Chief Solomon Ogbonna.
According to some of them who don’t want their names in print, these set of people are just bent on causing distractions on the unity and progress enjoyed currently by the Igbos under the present Ohanaeze leadership of Chief Ogbonna in the state.
Reacting on the issue, Chief CDC Ezenekwe described them as mischievous and selfish people who are just envious of the achievements of the present Ohanaeze Ndigbo leadership, stating that in a short period of time under Chief Solomon Ogbonna, the good people of Igbo in Lagos State has enjoyed concrete cordiality and relationship with the state government. Even Igbos and non Igbos has benefitted several assistance and support from the Ohaneze leadership which includes the taking care of widows and less privileged. His government has given the Igbos edge in Lagos State promoting their respect and successs in the state. This has forced these fake news peddlers to be churning out malicious stories about the president of Ohaneze Ndigbo. He urged all Igbos to join hands together in order to achieve a common goal in promoting peace and unity among themselves.