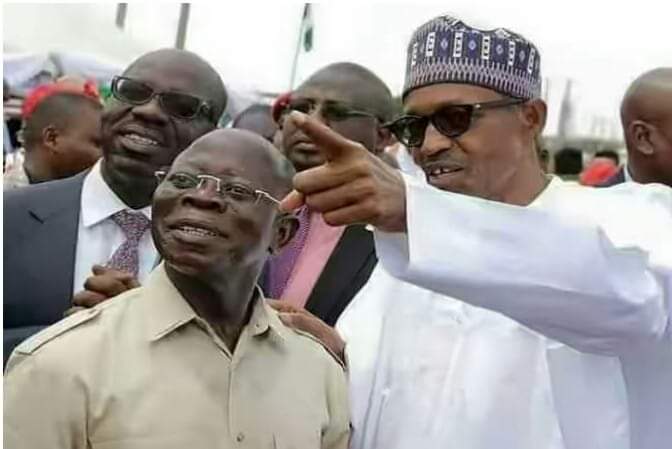 Members of the pro-Adam Oshiomole National Working Committee (NWC) have resolved to take legal action over the resolution of the National Executive Committee (NEC) to dissolve the national leadership of the party.

NEC had during an emergency virtual meeting resolved among other things to dissolve the national leadership, setting up caretaker committee headed by the former National Secretary and current Governor of Yobe state, Mai Mala Buni.

However, reacting to the development, a member of the pro-Oshiomole NWC hinted in confidence that arrangements have been concluded to seek legal redress.

Faulting NWC’s decision, the NWC member insisted that there is no provision of a Caretaker Committee in the constitution of the ruling party, insisting that they have many grounds of infractions committed from the resolutions of NEC.

“We will soon issue statement, but we have resolved to head to court for the legal interpretations of the decision of NEC especially as it concerns our dissolution. Yes, we know that Oshiomhole has his faults, but with all the positive contributions he has made to reposition the party, won’t he have been given to honours of telling him to resign?” he querried.

Meanwhile, the APC Chairman caretaker committee has reported to formally takeover the running of the ruling party on Thursday afternoon shortly after the setting up of the committee, with no fewer than five other Progressive Governors Forum (PGF).

Speaking to newsmen at the secretariat, he paid tribute to the dissolved National Working Committee (NWC) for the contributions made in the development of the party, stressing that with the decision, they have no role to play in the running of the party.

He stormed the secretariat with the governors of Kano, Umar Ganduje, Kaduna, Mallam El-Rufai, Kogi, Yahaya Bello, Gombe, Inua Yahaya, among others.

Similarly, a forum of the Non-National Working Committee of APC has dissolved its executive, hitherto led by Hon Nelson Alapa.

The action followed the decision of NEC meeting to dissolve the NWC on the Thursday meeting earlier. Addressing newsmen in Abuja, the acting publicity secretary, Muhammad Sani Ibrahim, said: “the forum was dissolved for leadership failure, ineffectiveness, uncooperative attitude, lack of transparency and accountability in stewardship, financial misappropriation and party unfaithfulness.”