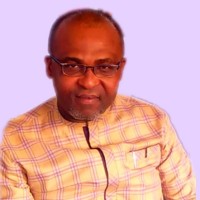 One fundamental indicator of good governance is the ability of the leader to take the best decision out of many available right options. Considering many factors, especially the cost of governance, a good leader chooses the best hands in order to affect in positive ways all segments of the economy. Unarguably, Chief Ochendo Wakiki Anthony Akuneme is one of the best caps to have been appointed by His Excellency Chief (Dr) Hope Odidika Uzodinma, the Executive Governor of Imo state. The choice of this strong breed as the Senior Special Assistant on Information Technology is greeted with enough commendation in Oru East and beyond, particularly because of his influence, competence and capacity.

After studying Philosophy at the University of Port Harcourt, Chief Anthony Akuneme proceeded to the University of Lagos to bag his master’s degree in International Law and Diplomacy (1993-2011). This prepared him for a career job in Nigeria Immigration Service, where he rose to the rank of Assistant Contropller of Immigration. While in the immigration profession, his expertise and eloquence earned him a position as media aide to the former Minister of State Education, Hon Anthony Anwuka. Meanwhile, before Anwuka’s era he was appointed as the Special Assistant on Media and Protocol to the former minister Chuka Odom. He was also the deputy national spokesman for Immigration during the tenure of Contropller General (Mrs) Rose Uzoma. Between 2011 and 2015, his wealth of experience and exposure prompted his official foreign assignments to Canada, where he was the Immigration Attache as well as the Communication Adviser to the late Ojo Maduekwe, who was then Nigeria’s ambassador to that country.

Chief Akuneme is a core grassroot mobiliser with a stint in inclusive growth and shared prosperity. This is demonstrated in his apt leadership style when he was the President of Awo-Omamma Development Forum (ADF) between 2016 and 2019. Through ADF, Chief Akuneme reconciled all the dissenting views in Awo-Omamma and made them think more towards peaceful co-existence, communal consciousness and solid youth empowerment. In 1999, his passion for leadership has drifted him towards founding a youth-based NGO called YouthCan, a Corporate Affairs’ Commission (CAC) registered cultural association which collaborated with the Embassy of Japan in Lagos between 2001 and 2006 to provide classroom furniture, water boreholes and market stalls for rural communities in Awo-Omamma, Imo state.

Consequently, the appointment of Chief Akuneme is an indispensable asset to Gov Hope Uzodinma’s Recovery, Reconstruction, Rehabilitation (3Rs) Economy strategies. Here is a diplomat, public relations officer and brilliant author who understands the power of human management in respect to nation building. Here is also a humble statesman who is working around the clock in Oru East and the entire Imo state to ensure that the governor’s directives are followed to the latter. Here too is an award-winning community developer who has mobilised his people to raise funds to cushion the effects of Covid-19. And here is an avid ethnographer who loves dipping deep into cultural consciousness towards unity and progress.

Therefore, the government of Gov Hope Uzodinma will benefit in no small measures from Chief Akuneme’s versatility and capability, even beyond this time when the whole country is battling with the harsh realities of Corona virus pandemic. A man is known by what he does and not by what he says. This is true of Chief Anthony Akuneme. As the senior aide to the governor on Information Technology, Chief Anthony Akuneme knows full well the challenges ahead of him and is much more prepared to work efficiently to prove his worth in this new political dispensation.

Office of the Senior Special Assistant to Gov Hope Uzodinma on IT is the heartbeat of the Imo state economy, whose successes possibly depend on the deployment of capable hands in IT content authoring and management, programming and software engineering, hardware and installation engineering, photography and videography, etc. The portfolio is an opportunity to write one’s name on a platter of good in terms of good governance in terms of increase transparency, information and accountability in governance, especially at this period the governor is looking at the use of BVN and Treasury Single Account (TSA) in payroll system; facilitate accurate decision making because of the available of clear database and public participation in government, using digital and social media platforms to ensure e-citizens or e-governance; and enhance efficiency in the delivery of services to citizens or departments or agencies of government.