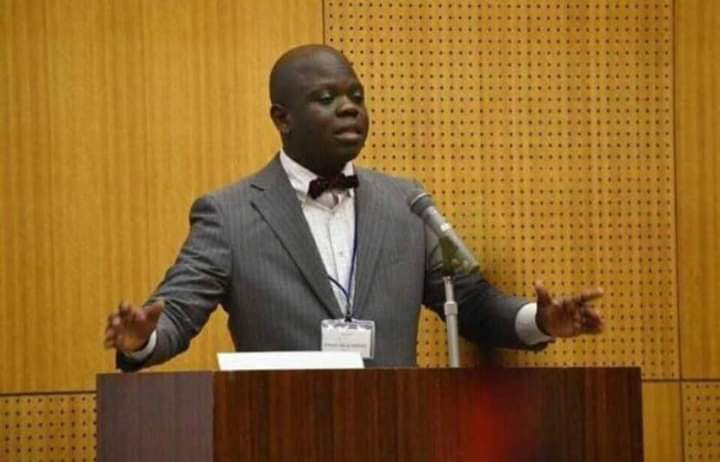 At a time when the arrest and investigation of Hushpupi over fraud related activities has brought international image complex to Nigeria, the Police in Japan has commended a Nigerian, Ikenna Nweke resident in the country for returning a lost wallet containing huge sum of money as well as a credit card to it’s owner through the police.
The Police in a letter to him, expressed their gratitude towards his incredible and selfless behavior, stressing that not all Nigerians were criminal-minded. Nweke who is a PhD student at the university of Tsukuba, Japan, and also a teaching assistant in the same university said he stumbled on the wallet while climbing the staircase to buy some items for the wife at the Tsukuba center.
When contacted by Press, Nweke who hails from Amauzari in Isiala Mbano LGA, Imo state, said he was born and raised in Okpoko, Onitsha, Anambra state, but relocated to Japan in 2013 through a Japanese government sponsored scholarship program.

He said, “On the 19th of June 2020, while I was going home from the university, I decided to get my wife her favorite kebab (a Japanese delicacy). As I was climbing the staircase around Tsukuba center, I noticed something on the ground.

“As I drew closer, I saw that it was a wallet. When I opened it, I saw a huge sum of money, a credit card, and other valuables.

“I immediately reported to the police. One of the officers was surprised and asked me why I did not take the money. I told him that there was no need for that because I was raised by responsible parents, and that I am also a Christian”.

“He told me that according to Japanese law, that I was entitled to 10% of the money found inside the wallet. Again I declined. The look on his face indicated bewilderment,” he said.

Mazi. Ikenna Nweke who is married with four kids revealed the owner of the wallet called him to show appreciation and also got a letter from the Ibaraki/Tsukuba Police.

” They expressed their gratitude towards my incredible and selfless behavior. Not every Nigerian is criminal-minded. There are a lot of Nigerians abroad working so hard to erase the bad name given to “us” by the criminal few.” Nweke stressed.

“Indeed you are a true and patriotic Nigerian. People who condemn other countries because of few bad individuals are shortsighted. You have proved to them that we have legions of goodwill. Congratulations for the indelible mark set!

“Let’s together build an institution that will be timeless in its relevance, for ourselves and for the future generations.