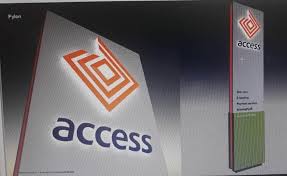 Some Access bank customers, who were affected by the weekend’s stamp duty deductions from their accounts have expressed delight and renewed confidence with the bank, at rapid response it deployed in reversing the deductions that generated huge controversy over the weekend.

In a quick response to the public outcry that followed the deductions, Access Bank also offered to pay stamp duty charge for February to April on behalf of its customers.

It also said deductions made between Saturday and Sunday would be reversed to customers.

In a statement on Sunday, the bank said it recognised that it is a tough period for customers.

The bank’s customers had complained on various social media platforms on Saturday and Sunday over stamp duty deductions.

In an earlier statement, the bank had notified customers that it did not deduct stamp duty charges on transactions that occurred between February 1, 2020, and April 30, 2020.