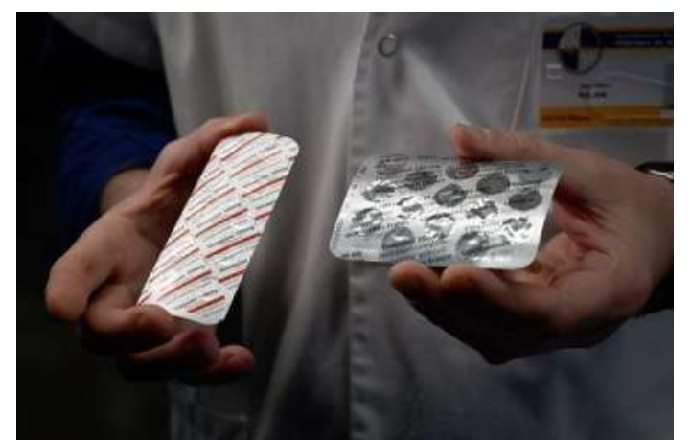 The trial of chloroquine and hydroxychloroquine as prophylaxis for COVID-19 in Nigeria has proved to be significantly effective.

A study, carried out by LiveWell Initiative in collaboration with frontline healthcare workers in the country, has undergone hypothesis testing among physicians, researchers, pharmacists and clinicians.

Preliminary data gathered from physicians were analyzed in this research, using the drugs for compassionate preventive treatment and for moderate to advance the treatment of COVID-19. It also recognised some self-medicating individuals who took advantage of the non-prescription remedy.

The chief executive officer of LWI, Bisi Bright, said in a statement that 123 volunteers were involved in the study of which 110 were on prophylaxis and 23 on treatment.

“The preliminary data also included a few self-medicating members of the public who did so under guidance. Out of the 110 on Prophylaxis, there were 76 men and 34 women to corroborate the fact.

“Our LWI Study Protocol recommends quinine for all COVID-19 Inpatients (oral for regular inpatients and intravenous for ICU Patients)” she said.

Quinine according to her, crosses the blood-brain barrier into the alveoli which gives it an added advantage over chloroquine and hydroxychloroquine in COVID-19 and picks up where CQ/ HCQ stop.

“That, of course, is in advanced COVID-19 treatment, especially during Cytokine Storm. The side effects are self- limiting. Reversible ototoxicity is the commonest but the benefit of administering it outweighs the risk of losing a life to COVID-19.

“The terminal disequilibrium caused by COVID-19 is lethal and is better not experienced. The study protocols are currently being used in Kaduna, Bauchi and some other States in Nigeria,” she said.

As part of the empirical data garnered, Mrs. Bright who is also the assistant secretary-general of Healthcare Federation of Nigeria noted that the COVID-19 team deployed by LiveWell Initiative in Kaduna received positive feedback from the State Government which has adopted the protocol for trial.

“There are reports that Bauchi State also adopted the protocol after debates while a self-isolated traveller in Chevron, Lagos, recovered after she was placed on PEP following her physician’s advice.

“In Oyo Isolation Centre, all 11 patients placed on the 4-Aminoquinolines were discharged after a full recovery,” she said.

“The drug combination is relevant for ambulatory care as the laboratory tested positive healthcare worker on self-quarantine who was treated with Chloroquine is fully recovered, up to six weeks post-lockdown with no relapse and having tested negative twice post-treatment,” she said.

Speaking further, bright observed that there were 100 per cent positive outcome and zero deaths with 4 Aminoquinolines in COVID-19 Response, stressing that quinine works in an advanced stage of COVID-19 as the case of the single laboratory tested positive client has shown.

“Although it has been proven that CQ/HCQ is effective in early COVID-19, more studies will be needed due to the small sample size deployed while quinine is effective in the advanced stage of COVID-19 including ICU,” she said.

According to her, the LWI Study Protocol for COVID-19 Response is affordable, scalable, and replicable for all Africans and in the Diaspora.

“Recently it was discovered that some tertiary health institutions are using the LWI Study Protocols for COVID-19 Prophylaxis and Outpatient Care. The reason is obvious.

“Chloroquine / Hydroxychloroquine has multiple modes of action which prevents the virus from penetrating the host cell using its S protein and Protease. It breaks the polymerase chain and prevents viral replication.

“It is a zinc ionophore and ensures penetration of zinc into the viral cell, altering the Ph. The Zinc also potentiates Chloroquine action leading to a good safety profile in therapeutic doses,” she said. – TSJ