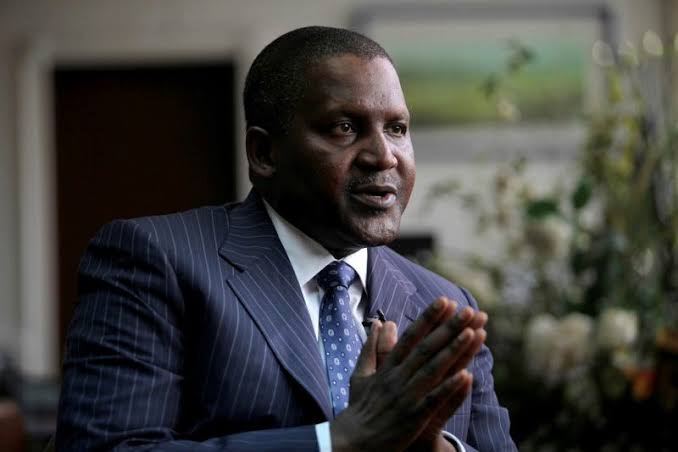 Billionaire industrialist Alhaji Aliko Dangote has debunked the reports of his endorsement of the incumbent Edo State governor Mr Godwin Obaseki, as his preferred candidate in the upcoming Edo 2020 gubernatorial polls.

A statement made available to Newsreel by the group head of corporate communications, Dangote Group, Mr Anthony Chiejina,  said the news associated with apolitical industrialist is a figment of the writer’s and should therefore be disregarded.

According to Chiejina: “Our attention has been drawn to an online publication titled “Edo Guber: Dangote endorses Godwin Obaseki for second tenure.

“This is the first time that I have seen people publicly campaign for electoral office using the name of my boss and I have to stop it immediately so that others will not try it in future.

“The said interview allegedly granted by Aliko Dangote in Abuja is an outright falsehood, a malicious, irresponsible and mischievous act aimed at tarnishing my boss’s reputation. Dangote has not travelled out of Lagos since March 19, 2020. He has not crossed the Lagos Third Mainland Bridge since that date. His name and personality should not be drawn into any political campaign.

“Dangote is an entrepreneur and business leader whose focus is on development, job creation and philanthropy. He has not endorsed anyone for electoral positions in Edo or any other state of Nigeria.

“We caution the public to ignore claims from any quarter that associate the Dangote name or brand with partisan politics.”