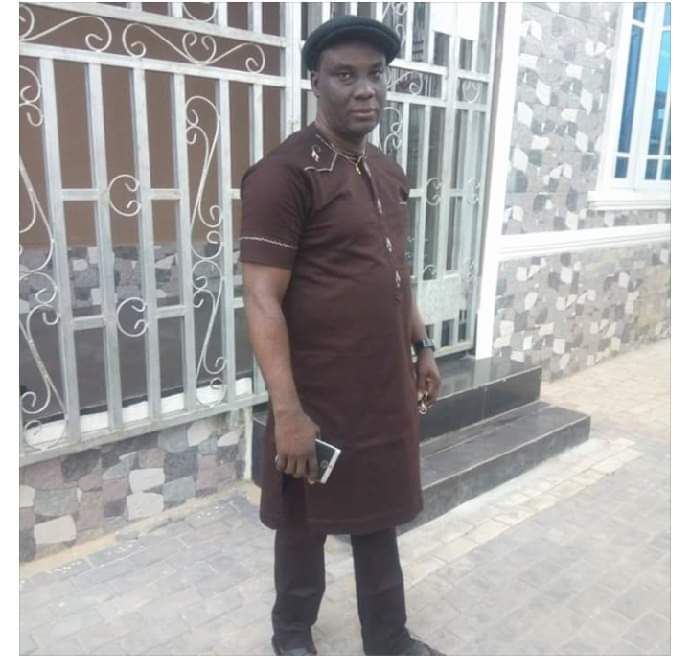 A Nigerian professor, Cyril Otoikhian, has challenged the Nigerian government and other scientists working on COVID-19 to prove the existence of the virus in the country.

The professor of genetics at the Novena University, Delta State, in a Monday morning programme on Channels TV, shocked his interviewers when he argued that the virus does not exist as there has been no known evidence to prove its existence.

Mr Otoikhian claimed there was secrecy surrounding the diagnosis of the disease in the country. He said that suggested that the disease does not exist.

He claimed the controversy in Cross River State, where the government claimed for a prolonged period that there were no COVID-19 cases within its territory, was expected as the federal government has not been open in its handling of the pandemic.

There have been lots of unscientific claims about the existence of COVID-19 in Nigeria and elsewhere.

After he recovered from the disease, the founder of DAAR Communications, owners of African Independent Television and Raypower FM, Raymond Dokpesi, said the disease was not much different from malaria.

But because Mr Otoikhian is a scientist and researcher, his claim appeared to have shocked his interviewers and this reporter sensed utter disbelief in their eyes as the professor responded to questions.

The lecturer remained unconvinced that the COVID-19 exists despite the World Health Organisation (WHO) confirming it as the infectious disease ravaging the world.

The virus and the disease it caused were unknown before the outbreak began in Wuhan, China, in December 2019.

COVID-19 is now a pandemic, affecting many countries around the world. The disease has infected close to 12 million people and killed 541, 086 of them.

Nigeria as of Monday recorded over 29, 000 confirmed cases and 654 deaths.

Despite the increasing figures of confirmed cases and deaths related to the disease, the professor of genetics claimed the virus is not real.

“Why can’t they bring whatever they are doing indoors, outside? Mr Otoikhian said. “You say that it is real, then show it to use that it is real. If you bring it outside, then we set a flat table and all the scientists are there, the reagents and the camera is before everybody.

“Then let’s see what COVID-19 is, whether it exists. I have asked severally, let them bring somebody that is positive to COVID-19 and someone that died from COVID-19, carry out an autopsy on the dead body, show me exactly what you are calling COVID-19 inside the body or the positive person of COVID-19.”

He said “the developed world (is) already owning up to the truth about COVID-19.” He did not elaborate on who and who has owned up on the non-existence of COVID-19.

Mr Otoikhian said everything about COVID-19 indicates it is not real at all.

He argued that the disease does not exist because “if after all analysis being done, and COVID-19 is a virus and the first recommendation in the term of the treatment came from somebody who is not a medical doctor, who recommended chloroquine.”

Countering the claims that COVID-19 is not real, a virologist, Akayala Ishaku, who also spoke on the programme, said aside from the fact that WHO has declared the virus an international pandemic, evidence from samples and deaths of prominent people in the country has established that the virus is real.

He also argued that the number of global deaths, especially in Europe and the US, points to the fact that the disease does exist.

Mr Ishaku said science is about facts and bringing facts together to get results.

“Science is not mythology or extrapolations, or heresy,” he said. “What you have to do is bring the facts on the table. COVID-19 is real. It has been established that it is a viral infection and the first outbreak was in 2019, in Wuhan China.

“If anybody claims within the faculty of knowledge that COVID-19 is not real, then he should tell us what is real. If in the palace of knowledge, you are not agreeing with a pre-positions or postulation, then you must come up with your own postulation.

“Then you must come up with your postulation and bring up empirical evidence to establish what they feel is COVID-19 or not,” he said.

Mr Ishaku argued that over 700 journals including the Lancet medical journal and Nature established that there is COVID-19.

He also said that in Nigeria, the African Centre of Excellence for Genomics of Infectious Diseases (ACEGID), at the Redeemers University, Ede, Osun State, headed by Christian Happi, a professor, has done some genomics studies establishing that COVID-19 is real in Nigeria.

He said that the study established the disease is real and that Nigeria has over 20 clusters of the virus in the country.

“If COVID-19 is not real, do you think that the world will close down airports and lose billions of dollars?” he said.

Mr Ishaku said claims such as the one being pushed by Professor Otoikhian have exposed “the vulnerability in our communication system and thereby throwing up the issue of trust in the system.”

Not much is known about Professor Otoikhian’s education, research works and how he grew to become a professor.

He does not have an online profile, including on the website of Novena University where he teaches. When his name was plugged into Google Scholar, no scholarly publication came up.

When Mr Ishaku called attention to Mr Otoikhian’s lack of articles on journals, the professor claimed those who do not like him may have deleted his publications from the Internet.